The Killers New Album: Everything We Know So Far 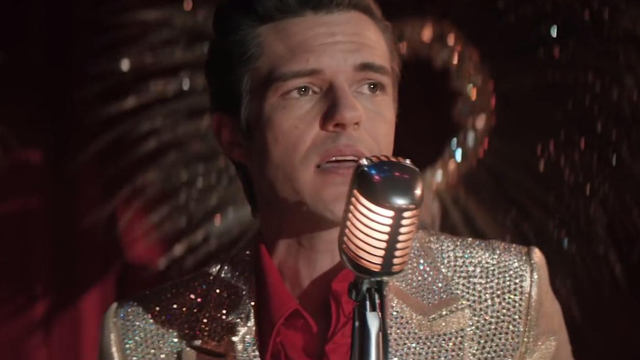 Here's all the details we've got about the upcoming 'Wonderful Wonderful'.

Las Vegas' finest synth pop masters The Killers are set to release their long-awaited fifth studio album Wonderful Wonderful in September this year and, after the huge success of single 'The Man' and their insanely good show at Hyde Park a few weeks back, we can't wait to hear what Brandon and the boys have in store for us.

So, what can we expect from the album? Here's all the details we have so far...

The band have finally revealed the full tracklisting for the record, which includes 'The Man' and new single 'Run For Cover' which debuted during their live shows earlier this year.

Check out the tracklist for Wonderful Wonderful below:

The band chatted to Entertainment Weekly, calling the record the "closest thing we've done to Sam's Town", their iconic 2006 sophomore album that featured a Springsteen-inspired, stadium ready sound. Meanwhile, in an NME interview, Brandon promised to explore the "more tender side" of the band's work:

"I’m turning the pen around on myself. I’m looking in the mirror on this record and focusing a lot on my own personal experiences. Instead of just drawing upon all these experiences and maybe using them in other songs, I am going straight for it with this and singing about my life and my family and that’s something different for me."

3) Who have they been working with?

U2 and Taylor Swift producer Jacknife Lee is behind the decks with Ryan Tedder contributing to 'Life To Come', Brian Eno on 'Some Kind Of Love' and Mark Knopfler of Dire Straits-fame on 'Have All The Songs Been Written?', the band having previously covered his 'Romeo & Juliet' on their Sawdust album of outtakes and b-sides.

Oh, you know it! A full UK arena tour is set for this November with tickets on sale now!

We'll update this page with more details as we get them.