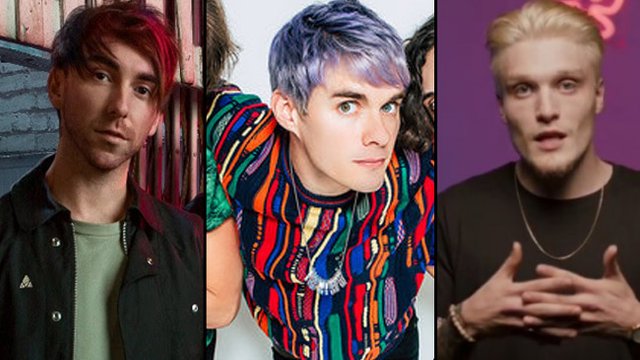 From Neck Deep to Real Friends, here are the pop punk bangers we've been playing on repeat over the last 12 months.

In another HUGE year for pop punk with many stellar albums released over the last 12 months, it only seemed right to round up our Top 10 tracks to turn up loud over the festive period.

First up, some basic rules - the track has to have debuted this year (obviously) and only ONE song is allowed per artist. Plus, as much as we adore Paramore, their new album was purposefully exploring other genres so they ain't in here (but they topped our best tracks of the year list so we're sure they'll cope).

Now, who made the final cut?

Ten years on, NFG still know how to deliver. Taken from enjoyable new record Makes Me Sick, this can sit comfortably alongside the likes of 'My Friends Over You' in any setlist of future hits collection.

Repping the UK scene in 2017 are Eastbourne's ROAM with this epic number from second album Great Heights And Nosedives set to slay festival stages next summer.

The Punk Goes Pop compilations always offer a big mix of excellent cover versions, revealing that some of the best pop songs of the year secretly sound better with heavy guitars involved. State Champs taking on Shawn Mendes was no exception and has been on repeat in the office all year long.

Another returning fave, The Maine's Lovely Little Lonely was a bit of a slept on album this year but easily contains their catchiest material since the early days, with this massive single leading the way.

Ready to hit similar heights to their friends and collaborators in Neck Deep, the Chicago crew came out all guns blazing with this comeback single back in July. Go see them live in clubs now before they start selling out arenas.

A surprising end of the year treat, the band's first new music in a year has whet our appetites for a potential new album in 2018 (please!). You'll be singing along before the end of the chorus hits.

One of the few straight up pop punk moments of latest album Last Young Renegade, ATL showed the newcomers exactly how it is done with a blistering, heavy, bouncy number that has been an easy highlight of their recent live shows.

Catchy with a more than appropriate amount of 'Woah-oh-oh-ohhh's, Patty Walters' vocal sticks deep in your head on this powerful opener to the group's incredible album Okay.

Arguably the biggest act in the scene right now, Wrexham's finest played with their poppier side on this huge single release. With a chant-along chorus of this size, it is now wonder it has been played incessantly across commercial radio ever since it officially dropped earlier this year.

They had barely been gone but boy did we miss them. The first taste of the Texan trio's upcoming second album Entertainment firmly establishes them in the big leagues and showing their incredible ability to compose a perfectly bouncy, screamy and occasionally synthy scene masterclass. Awsten's falsetto runs are also very much on point.