10 Amazing Songs From 2016 That You Probably Missed 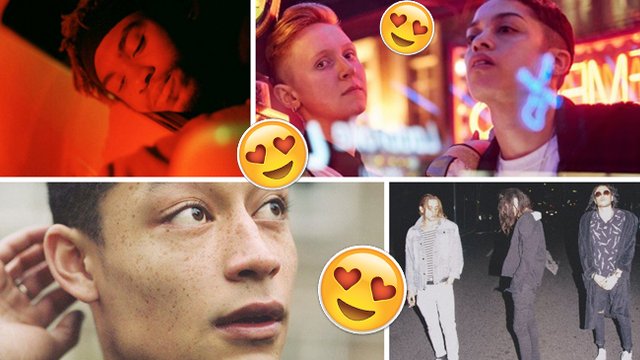 Add these songs to your playlist RIGHT NOW.

As we approach the end of the year, listaggedon takes over the internet. Every blog and his dog are picking their favourite records of the year and we’re no different at PopBuzz (if you haven’t voted in our Fandom Awards then head over here right now).

While everyone’s opinion will be different, what I think we can all agree on is that 2016 was especially good for singles. There have been some mega hits that have dominated charts and radio (‘One Dance’, ‘Work From Home’, ‘Heathens’, ‘Closer’ etc.) But what about the ones that don’t get played on the radio?

Considering all this hit single booty, you might have missed some of the less known but equally amazing songs that have been released. So before we reveal our own favourites of the year, here’s a little list of some that you might have missed. Heard them already? Don’t be shy - tell us what you think in the comments!

Taking notes on Frank Ocean’s idiosyncratic approach to mixing genres and storytelling, 20-year-old rapper/singer Kevin reflects on the complex relationships he has with his loved ones. His second album American Boyfriend: A Suburban Love Story is legit banging.

Are Australian indie-pop band Chase Atlantic just The 1975 rip-offs? That was the question we debated earlier in the year. No matter the outcome of that, ‘OBSESSIVE’ is still one of the most addictive songs of 2016. FACT.

Pillow Person is the solo project of Sarah Jones, who has previously worked with Hot Chip and NZCA Lines. ‘Go Ahead’ is the intoxicating, bouncy first single is basically the modern equivalent of Anne Lee’s ‘Two Times’, if you’re old enough to know the reference * insert shrug emoji here*

It’s took 3 years for people to notice the first EP by Brooklyn quartet Cigarettes After Sex. After belatedly gaining millions of plays on YouTube in late 2015, they spent most of this year writing their debut album (expected early next year) until they dropped the seductive, atmospheric ‘K.’ this month. It’s gurt lush.

Some songs are so powerful and euphoric that you just have to submit to their greater power. That’s exactly what it’s like listening to ‘Like It’s Over’ for the first time.

It’s official: CDs are now retro. In ‘NO CD’, up-and-coming British MC Loyle Carner reels off lists of things that will remember (like spending “all our money on some old CDs”) that will leave give you nostalgia that you might even forget 2016 ever happened (…if you’re lucky).

25-year-old Lexie Papillion has been impressing us all year with a series of singles of rough-and-ready pop tracks. For anyone who missed Sky Ferrier in 2016, ‘Hey Kid’ will more than make up or your losses.

It’s a widely accepted fact that everything good in the world. Diskopunk are no different. This is basically a party song that you could play for any crowd and they’ll go HAM for it. Don’t believe us? Try it. Just don’t @ us if it goes tits up.

An ode to the healing power of the dancefloor. 2016 needs this song. Thank you, Nimmo, from the bottom of our tired, broken heart.