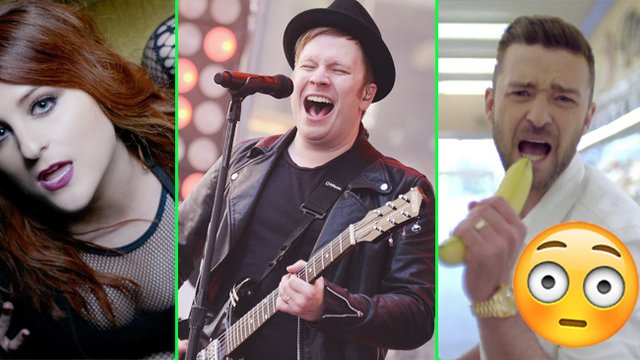 Do you agree with this list of the year's biggest stinkers?

Time magazine have unveiled their annual list of the worst songs of the year and it is...pretty accurate tbh with you!

Topping the list as the worst song of 2016 is Justin Timberlake's "Can't Stop The Feeling" which, let's be honest, has been played to DEATH at this point.

If you went to more than one wedding over the summer than you will be understandably sick to death of this one.

Other notable figures in the list include Meghan Trainor who gets not just one but two tracks in the top ten (bless her) with "No" taking the number 8 spot and "Mom" sliding in at number 2.

Even our old faves Fall Out Boy haven't escaped, with their pretty underwhelming take on the "Ghostbusters" theme included at number 4. As much as we do love the FOB boys, we gotta admit, this one really wasn't their best work. But, tbh, given how great the original was, they were kind of always facing a losing battle.

Check out Time's full worst song list here and argue over what they got wrong...