YUNGBLUD isn't afraid to express himself

This image appears in the gallery:
YUNGBLUD: 21 things you probably didn't know about the up and coming artist 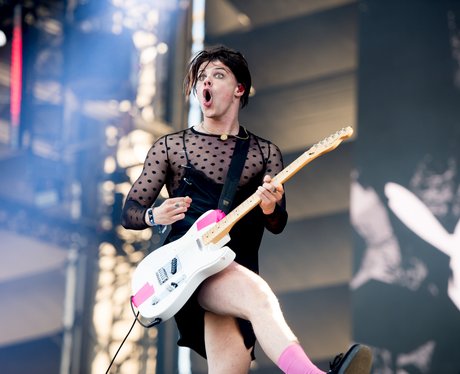 20. YUNGBLUD isn't afraid to express himself

Known for his extravagant outfits and out-there sense of style, he’s no stranger to throwing on a dress to go on stage. He’s admitted a number of times that throwing on an LBD makes him “feel sexy” and said in an interview with Attitude magazine: “We’ve been brought up with such boundaries: woman wears dress, man sees woman’s curves, you can make baby. Western civilisation put women in dresses and men in trousers. Before that, in medieval times, every f***er wore a dress.” Bravo.

See the full gallery: YUNGBLUD: 21 things you probably didn't know about the up and coming artist