3 Reasons Zendaya Is About To Slay Your Whole Damn Life

Zendaya's year has been next level. In between serving up some major looks and shutting down more than a few bad vibes, Zendaya's star has never seemed brighter. The Disney Channel alum was named 'Woman of Next Year' by Complex and we couldn't agree more. Even though she's only 19, we're 100% positive Zendaya is about to blow up 2016.

From the looks of it, Zendaya is working with Timbaland on new music.

Timbaland is, of course, the invisible hand of Justin Timberlake's entire career as well as Missy Elliot and, to a lesser extent, Jay-Z. It was never a secret that Zendaya is a talented singer but now she is teaming up with the man responsible for the Empire soundtrack and half the music from the mid-2000s. You know it's about to be lit in 2016.

A fashion meets music visual for my @hungermagazine cover shoot...this is only a taste of what's to come. @timbaland

Zendaya is saying 'no' to being a false idol.

I think again it’s that real model, role model thing. A lot of them were forced into being role models and they had to pretend to be something that they didn’t feel matched up with who they were. And that’s because they started really, really young. So you’ve got to realize when you’re really young you don’t know who you are yet. And as soon as you figure it out, you’ve already been forced to become something that you didn’t really know you signed up for.

She is more vocal than ever about social justice issues and that's amazing.

More and more it's become trendy to talk about social justice issues but, as a biracial person, it's evident that these issues are quite important to Zendaya. Earlier in the year Zendaya shut down Giuliana Rancic for rude comments about her red carpet hairstyle and retracted praise for Kylie Jenner's cultural appropriation. We're seeing a totally clued in version of Zendaya and it will surely lead to some amazing "carefree black girl" moments next year.

And Zendaya gets bonus points for totally getting our aesthetic

Anything Shonda Rhimes does is gold. I order food and just chill. Because that’s an occasion for me. Chilling is like, whoa.

Throw some wine in the mix and it's lit. 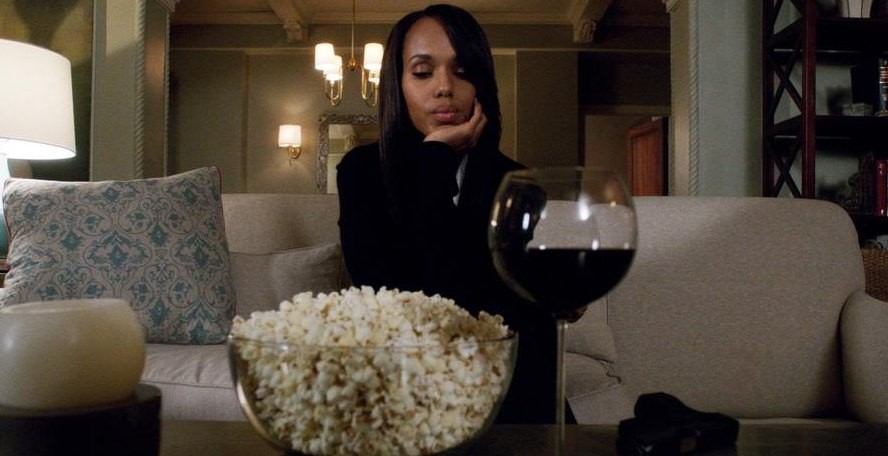 The 3 Most Important Facts From Zayn's Tell-All Interview