ATTENTION: Here's How You Can ACTUALLY #FreeKesha 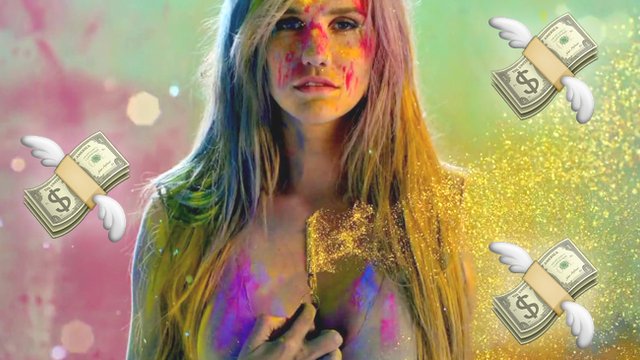 Everyone loves a crowd fund - remember the guy who raised nearly $10k after requesting $10 for potato salad ingredients? Genius. And the guy who got people to donate so he could pay someone to write stupid stuff in the sky? Iconic.

But the most recent Go Fund Me campaign that caught the internet's eye has been set up in honour of Kesha Rose and it's kinda badass!

We assume you've all been following Kesha's ongoing trial with Sony Music and producer Dr Luke, right? So you'll know that the majority of the music industry is standing with her. And in a bid to support Kesha even further, fans have been donating to a Go Fund Me campaign set up in the wake of the #FreeKesha movement.

Brandon de la Cruz, who set up the page, aims to raise $2m in donations so that fans can buy out Kesha's contract with Sony.

As of right now, the campaign has had over 72k shares and has so far raised nearly $20k. If the campaign doesn't reach it's target, every penny will still go to Kesha.

We'll admit, the Crowd Fund is probably a leeeedle too ambitious but in light of the news that Kesha is allegedly broke thank to legal fees and Dr Luke's withholding of royalties, it's kind of freakin' badass!

Do your thang, internet!