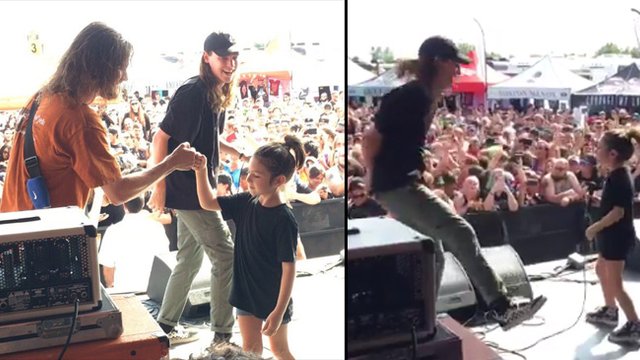 Knocked Loose were joined by a very special guest during the Chicago date of the annual pop punk festival.

US hardcore band Knocked Loose were joined by a very special guest during a recent Warped Tour appearance as 7 year old Luna took on vocal duties.

The band were playing the Chicago leg of the tour when Luna, the daughter of a friend of the band, grabbed the mic and gave her best rock scream for the track 'Counting Worms'. Needless to say, the crowd went nuts, especially for her headbanging!

Luna's mum Stacie told Alt Press how it all went down:

"My bf and I are friends with the band and Bryan knows she loves their song 'Counting Worms'. So he asked jokingly if she'd sing with him and she went for it. She's truly something else."

A future punk star in the making clearly!

Check out Luna's adorable performance in the video clip below: