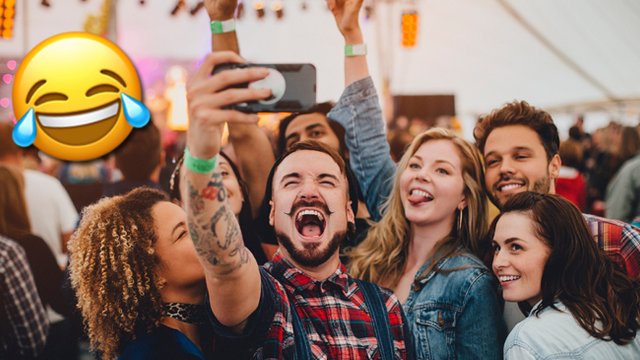 The album launch party demanded a 'hip and trendy' look from all attendees but the band have since denied any involvement.

Arcade Fire, your hipster brother's fave band, have unveiled a very specific dress code for an upcoming New York show as they launch their new album Everything Now.

Ticket holders to the Brooklyn show were sent the following request:

"WHAT TO WEAR:
Our dress code is HIP & TRENDY as if you are going to a concert or night out with friends! The event is standing-room-only so please plan accordingly.
PLEASE DO NOT WEAR shorts, large logos, flip flops, tank tops, crop tops, baseball hats, solid white or red clothing. We reserve the right to deny entry to anyone dressed inappropriately."

The band have since denied this had anything to do with them and released a clarification statement from the gig promotor but screenshots of tickets to the event confirm the instructions are real and that attendees will also have all phones banned.

If dress code is "hip and trendy", band members will not be allowed through the door...hip and trendy people will have to play the music Either way, fans and general sh*t stirrers have been having a lot of fun attempting to flout the code in preparation for the gig.

Here are just a few of our fave 'hip and trendy' outfits that we've spotted online:

Good news guys! I already have my outfit picked out for the Arcade Fire show pic.twitter.com/wRSZ6Vesdi

arcade fire: we've requested a simple dress code so we can record our perf-
me: pic.twitter.com/Em5k421nxf

If you give that dress code a close read it's pretty clear: The Arcade Fire is terrified of being attacked by the cast of Street Fighter III pic.twitter.com/4OXF1FYjFD

Portrait of @arcadefire after announcing their dress code for their BK release show pic.twitter.com/E2FAVGshnh