And it's testing everyone's patience.

By this point, it's difficult to watch Azealia Banks latest brush with controversy without a bit of sadness and nostalgia for less problematic times.

The supremely-talented rapper has had a bad time of it with pretty much anyone and everyone since she broke into the mainstream with her smash hit single, "212" back in 2011.

Despite the critical success of her long-delayed album Broke With Expensive Taste, Banks has become more known more for her off stage antics than those on stage.

This continued yesterday (28 March) with an incident outside a New York courtroom. Azealia was there for a hearing about a case in which she allegedly punched and bit a security guard on the breast outside a Manhattan nightclub.

There is still enough interest in Azealia to warrant the presence of paparazzi outside the courtroom. This didn't go down with the rapper who started to shout homophobic slurs, as well as hitting a photographer's camera. Banks then went on Instagram (why!) and posted pictures of the offending paparazzi and captioned them with comments like "c**ksucker" and "this guy who obviously needs some FTE hair implants and some andro gel". She has since deleted the pictures but the links with comments remain on her Twitter page.

But evidence (photographs and several witness reports) seems to suggest otherwise. Azealia has made so many poor decisions in situations like this one, it's hard to see how this can be seen as anything other than the latest outburst by a volatile, deeply problematic artist.

Azealia has consistently made poor decisions for herself. There was the time she used homophobic slurs against cabin crew on a plane (caught on camera, of course). Then there was the time she set off the fire alarm at a club after being kicked out, and then got into a fight with the bouncer (the case against Azealia in that trial collapsed, despite there being video evidence, which you can watch here).

The continued use of homophobic slurs is another sticking point as well as the constant petty feuding with literally any celebrity that dares utter her name (here are just 10 from 2013 - if you can find a master list, hit us up!). Then there are her very problematic views on abortion that we honestly can't even begin to deconstruct here.

Earlier when I said I looked upon this latest event with sadness, it was because she has, despite all of this, been responsible for some really great things. Banks was absolutely right to criticise Iggy Azelea about her appropriation of black culture and bias against black artists that continues in mainstream culture. That helped pushed cultural appropriation into the mainstream consciousness in a way that has left an indelible mark on how we view pop culture.

Then there is also her music, which is some of the most exciting, acerbic, quick-witted rap out there. She's got a distinctive style which people LOVE but increasingly it's becoming harder to be an Azealia Banks fan.

You just wonder how many people Azealia is willing to piss off before she realises that controversy might buy you the headlines but it cannot buy you respect or record sales. Maybe she doesn't care about those things, but it'd be a shame if she didn't. She won't be making records without them.

I'll be spinning her latest mixtape, Slay Z, for now. But unlike with Broke With Expensive Taste, where I literally could not wait to listen to it, this time, what I experienced was more of a slightly worn-out fan loyalty to listen to it. Her behaviour has put a divide in the trust between artist and fan. With every spiteful comment or unnecessary homophobic outburst from Azealia, the chances of fans returning to her records declines sharply. She might want to think about that. Soon. 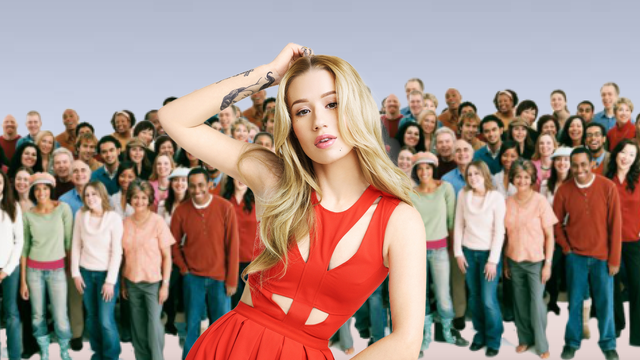 HOW Many People Did It Take To Write Iggy Azalea's New Song?!?

Is Lady Leshurr The UK Grime Version Of Azealia Banks?