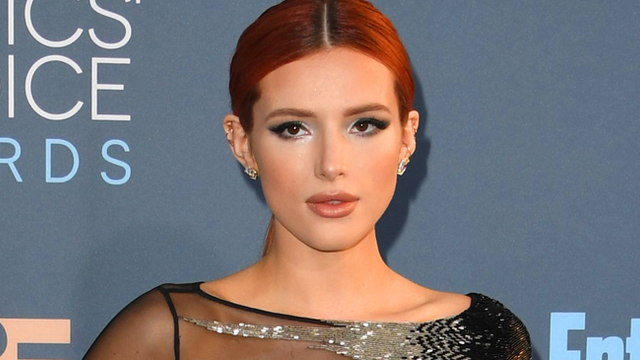 "I’m gonna sing it raw vocals, on a mic, guitar, just cry it out for anybody who wants to cry with me, then they can.”

As we all know, Bella Thorne has been busy in the studio, putting together her very first album and to be quite honest, we can't wait to hear what she's got in store.

Speaking to Sway In The Morning on SiriusXM in New York City, Bella filled us all in with her progress; discussing her new music, including new single 'Just Call' with DJ Prince Fox as well as some deets on a few of the tracks she's working on and one of them sounds absolutely heartbreaking.

“I just wrote my first song about my dad that I didn’t – I don’t have a melody to or anything. I did just lyrics. [It's] really quite dark, and it’s literally about the way he died. And I wrote it on the plane – couldn’t sleep – and I was just chilling, and I don’t know why I was feeling really inspired, and then I just wrote one.”

In case you didn't know, Bella's father Reinaldo sadly passed away in a motorcycle accident in 2007 when she was just 10 years old. Bella has already elaborated on the affect his death had on her life in her novel 'Autumn Falls' where the main character experiences the same tragic event.

While she's not expecting the song to be a huge hit, she explains it was important to her to let others know that there are other people out there who have gone through or are going through the same things as she did.

"This song kind of represents everybody with that past, that doesn't speak out about it, that doesn't listen to music, that says, like: "You're gone and now I'm left alone.

I’m gonna sing it raw vocals, on a mic, guitar, just cry it out for anybody who wants to cry with me, then they can.”

Sounds like it's going to be a pretty powerful song and might help a lot of people with their grieving process. Well done gurl!