This Rapper’s Show In Mississippi Was Shut Down Due To Threat Of…“Gyration”?! 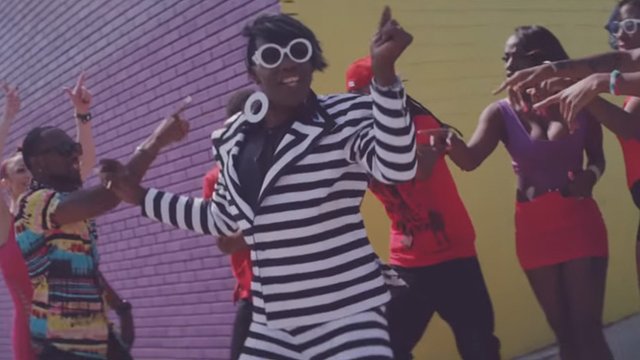 The Beyoncé collaborator got in trouble because of her Youtube videos.

Here's something you don't hear everyday: a show by Beyoncé's latest co-sign, Big Freedia, was cancelled in Mississippi because of 'potential gyration'.

Big Freedia, otherwise known as the 'Queen of Bounce', is famed for her high energy shows which typically end in EVERYBODY twerking upside down on/against any surface/person available.

And if you haven't heard Big Freedia's "AZZ EVERYWHERE" then, quite frankly, you haven't lived.

As well as featuring on Beyoncé's comeback single "Formation", Freedia also has her own TV show Queen of Bounce on Fuse, and has a fairly large profile in the LGBT community. Not that this matters to State Alcohol Beverage Control in Mississippi, of course.

As reported by NOLA, "Club owner Ben Shemper said that roughly two weeks ago, he got a phone call from a State Alcohol Beverage Control officer who said that based on YouTube videos of past Big Freedia performances, he felt the show would be in violation of Mississippi codes.” Shemper also reportedly said that the word “gyrating” was mentioned. "He made it sound like it was some kind of strip show or whatever."

Freedia was not impressed by the cancellation.

My show cancelled in Mississippi for potential gyrating?!?! 2016?!?! #twerkloose https://t.co/LdmpQQYucI

Someone at the Mississippi booze police clearly needs to get their twerk on! They desperately need to get down 'n' dirty to some pussy poppin' bounce music. Come on, gurl, we bet Freedia would even teach you herself!

Let's hope Freedia can twerk in peace for the rest of her upcoming shows and the Mississippi loosen up a bit. It's 2016, ya'll!