This Emo Album Just Made US Chart History...But It's Not Good News 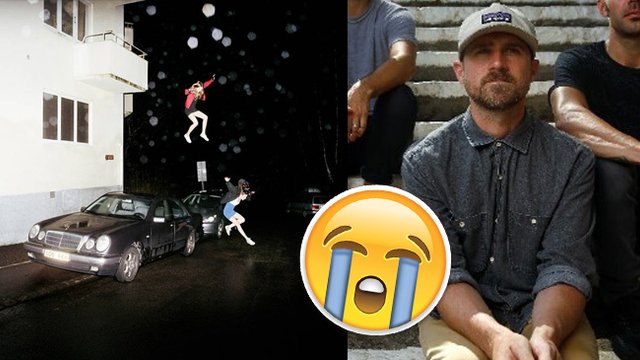 Brand New have made an amazing comeback with their latest album but the chart this week ain't looking too good...

Science Fiction, the fifth album from the legendary emo band Brand New, just made US chart history - but for the best reason.

The record, the band's first in nine years, was met with huge critical acclaim and delighted fans both old and new (seriously, its really great. If you've never come across the work of Jesse Lacey and co, do yourself a favour and pick this up immediately. And Deja Entendu. And basically every other record they've ever done).

The comeback was also met with huge commercial success, Science Fiction hitting the top of the US Billboard 200 Chart with 55,000 physical sales and 58,000 total equivalent album sales. Pretty damn impressive, especially for an act that's been away for so long and an independant record at that.

However, the high couldn't last as reports suggest that this week's Billboard chart will see the album plummet from its Number 1 position to Number 97 - the biggest ever chart drop in a single week.

Brand New's 'Science Fiction' falls 1-97 on this week's Billboard 200, breaking the record for biggest drop from #1.

Still, while it's not the best record to be the holder of, we should remember that this is not an uncommon occurence. First week sales for an artist with a big online following will always be huge but, unless you are Ed Sheeran, chances are they second week will see a significant fall.

But if you are emo and unaware of Brand New, how about you go give Science Fiction another listen. Let's make it the first record to ever hit Number 1, drop to 97, then go back into the top 5 in three weeks. Hey, it could happen...