LISTEN: Camila Cabello’s Demo For The Chainsmokers’ “Closer” Has Leaked And It’s So Different 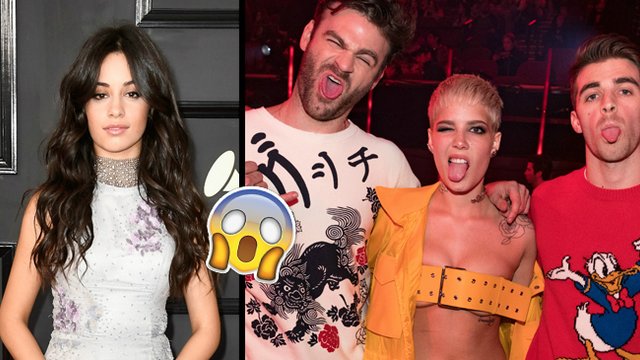 Does this mean Halsey wasn’t first in line to sing on the track?

It has been revealed that Camila Cabello recorded a demo for The Chainsmoker's song 'Closer'.

A video clip has been linked, picked up by PopCrave, in which Camila's distinctive vocals can be hear singing over the track. Listen to her take on the song below.

Camila Cabello recorded a demo for The Chainsmokers' 'Closer' they eventually went with Halsey's vocals. pic.twitter.com/J9xGDaivsn

The song was a huge hit for The Chainsmokers and Halsey. You literally couldn't step outside your front door without hearing it. It's not clear who was approached first to sing on the song, or why they decided to go with Halsey, but the fact that Camila sang on a demo would suggest she was, at least initially, keen to do the song.

Fans have been sharing their opinions of Camila's demo, with most people saying they preferred Halsey's take.

@PopCravings @PopCrave this is horrible, halsey nailed it

@PopCravings I expected better from her

There could be many reasons why The Chainsmokers went with Halsey rather than Camila. Camila was still busy with Fifth Harmony at the time of release. Perhaps she couldn't commit to the press schedule to promote the song so they went with someone else. There could also be other business reasons too

It also worth noting that Halsey does have a writing credit on the song and it's possible that she added some lines after Camila's demo. Either way, we can't really imagine anyone but Halsey singing the song now.

What do you think of Camila's 'Closer'?