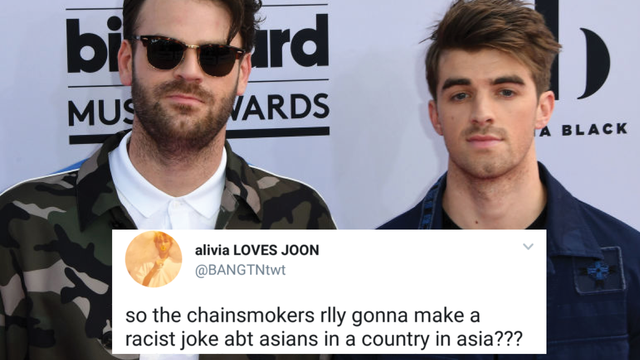 The duo were in China when the incident occurred.

Interviews can be tricky. Just ask production duo, The Chainsmokers (Andrew Taggart and Alex Pall). The pair are facing serious backlash after making a culturally insensitive joke during an interview in Beijing.

While being interviewed at the Ultra Chinese Festival, Alex Pall joked that he probably wouldn't bring his dog to China with him. Buzzfeed captured screenshots of the interview before it was taken down from their Twitter account.

The interviewer asked the duo whether they bring their dogs on tour with them and Pall responded, "I try to, but she's, like, really ill behaved. I mean, if she could come anywhere I'd bring her to--well, I don't know if I'd bring her to China." The interviewer looks visibly shocked by the joke while the pair struggle to contain their laughter.

The video was posted to their Twitter account but taken down as soon as people began to call out the joke.

Many people have found the comment to be in poor taste, especially as it perpetuates an ugly stereotype about Chinese people.

Taggart and Pall were IN China promoting their music and people are finding it hard to believe they could make such a statement without considering the offence it could cause. 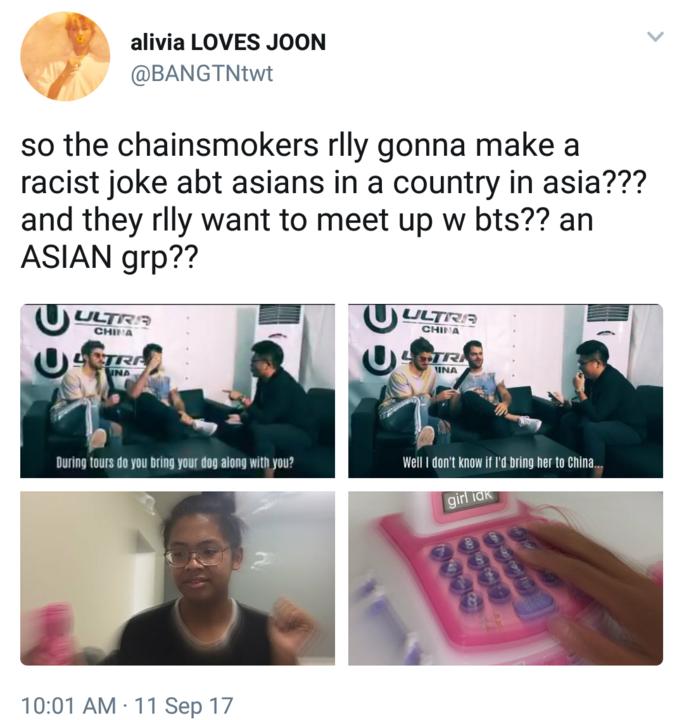 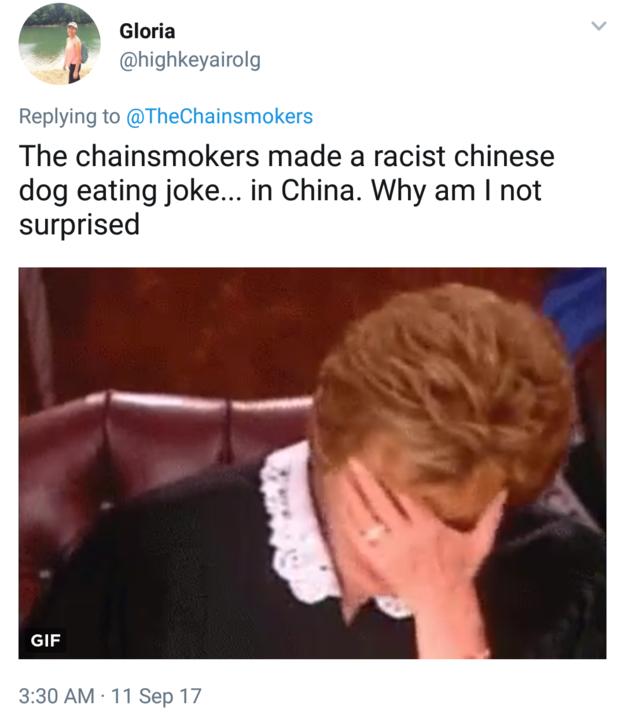 The duo later tweeted that they apologize "if we offended anyone" and maintained they were interested in preventing the slaughter of dogs. 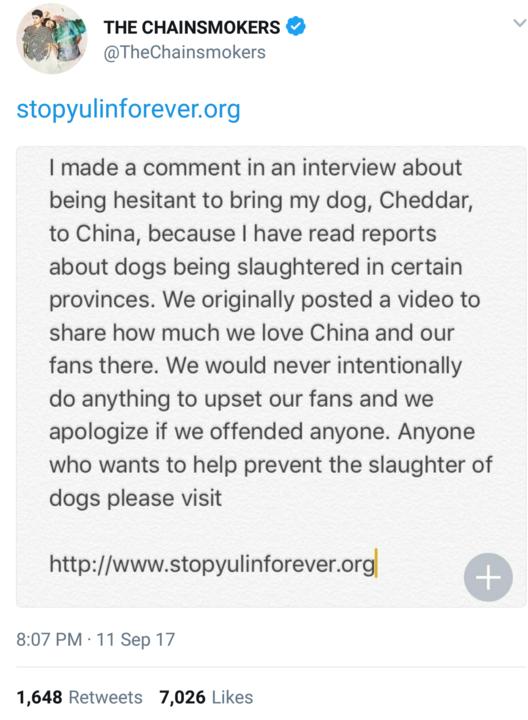 Cruelty and violence to animals will always be an important issue. However, there are ways to highlight that without feeding into cultural stereotypes.