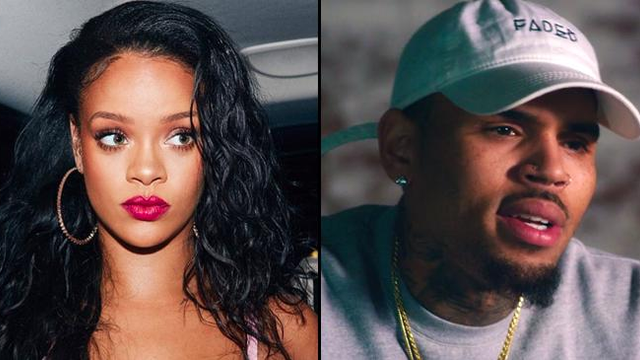 "I wanted to fight Rihanna a lil bit after watching the Chris Brown documentary."

In today's news, Netflix have given Chris Brown a platform for his own documentary. Some people are loving how candid and open it is and some people are understandably NOT happy about it at ALL.

Welcome To My Life is an hour long(ish) documentary about Chris Brown's troubled past. In the film, he speaks about his meteoric rise to fame, chart success and the downfall, both personally and professionally, that eventually followed after he physically assaulted his then-girlfriend Rihanna. In one segment, Chris details what happened on the night he hit Rihanna. He explains that throughout their volatile relationship, they would both hit each other. On the night he assaulted her, Chris explains that she started hitting and screaming at him while they were sitting in his car because she was "jealous" over a girl that showed up to the same party they were at.

Instead of stopping her and talking about it, he says that he "really punched her with a closed fist." He explains that after the first punch, he instantly regretted it but still he carried on when she wouldn't stop. He goes on and on, describing the night in detail, saying every time she hit him, he would hit her, bite her, punch her back. He recognised that it was unacceptable, yet he carried on.

After speaking so candidly about that night in his film and showing his obvious regret at the situation, fans are claiming that they're now seeing Rihanna in a different light - whatever the fuck that means.

Chris Brown documentary is sad bro I cried.. I knew Rihanna had something to do with most of the situation fr

Watching this Chris Brown documentary really shed light on the fact that the situation between him and Rihanna wasn't all his fault.

Watch a tad of the Chris Brown documentary and I always knew Rihanna was lowkey crazy asfffff.

They may well have BOTH been in the wrong in this situation but the fact that Rihanna "started it" doesn't excuse him of the fact that he quite obviously left her with a black eye, split lip, bite marks and bruises on her face. It doesn't excuse him of anything. And it absolutely 100% doesn't mean that Rihanna should now be victim blamed. Nor does it mean that she deserved it.

Chris now reportedly hopes that Rihanna will watch the documentary so they can move on and 'create new and healthier memories together'.