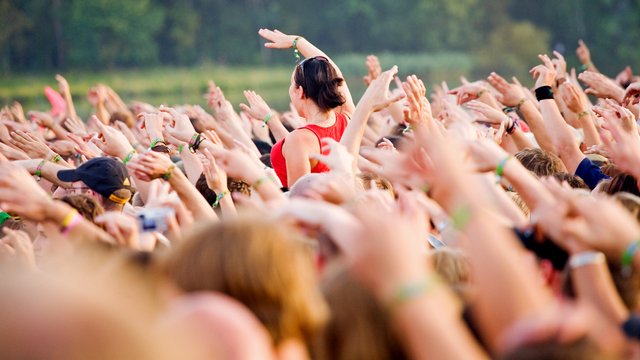 The rock guitarist called the behaviour "disturbing" and "alarming".

Circa Survive guitarist Brendan Ekstrom has probably seen it all. You'd think that, after 20 years of performing live music, almost nothing could surprise him. Unfortunately, the musician recently witnessed behaviour so disturbing that he had to leave the stage mid-song to address it.

In a thread posted to Twitter, Brendan detailed how he witnessed a man repeatedly try to kiss a woman in the crowd who was showing clear signs that she was not interested. 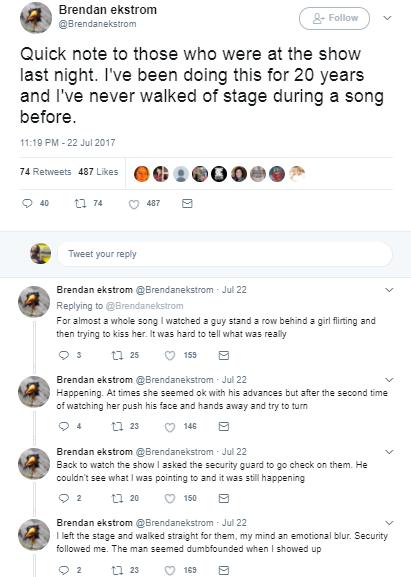 Brendan goes on to say that what he saw "disturbed" him. The girl in question repeatedly removed the guy's hands from her body. "It wasn't cute. It was alarming. I'm almost forty and flirting doesn't look like that. Maybe It's that I have a daughter or that I'm older," he wrote on Twitter.

Brendan then left the stage and approached the man. Security followed close behind and were able to handle the situation from there. Brendan says that he's not sure what happened to the two, and that he didn't see them again after he confronted the man.

Considering the amount of live music assault stories we hear about, it's incredibly brave for Brendan to leave the stage to address a situation that he thought was concerning. Trying to kiss someone who doesn't want to be kissed is harassment. Whether they're your friend or partner, when someone pushes your hands and face away, that means 'no'.

Well done Brendan for standing up for a fan and making sure a woman at his show was safe.