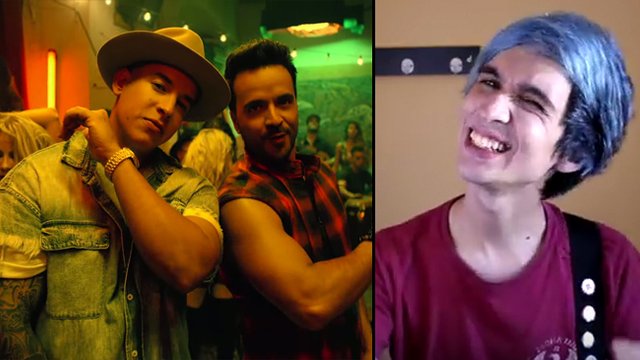 The bop of the summer just got the full Warped Tour treatement and we honestly don't know what to think.

By now, unless you have spent the best part of the summer living under a well-placed rock, you will be aware of the beach bar anthem of 2017 known simply as 'Despacito'.

If you listen closely, you can almost hear a hungover stag group slowly start to sunburn by the pool in Magaluf...

All joking aside though, the latin crossover hit from Louis Fonsi and Daddy Yankee (with a Bieber-shaped cameo thrown in for good measure) is a solid good banger and will be causing dancefloor rushes everywhere from your local nightclub to your auntie's wedding reception.

And, of course, YouTube has been flooded with an endless sea of cover versions, from the normal acoustic bothering nonsense to the incredibly twee ukulele takes. But one cover in particular has stood out to us...

Yep, you guessed it - there's a pop punk version of 'Despacito'.

Now, as much as we are pop punk scene kids through and through, this trend of making every single song pop punk is clearly getting out of hand. And yet, as much as we complain, we find ourselves drawn back again and again to this amped version of the biggest song of 2017.

Do we like it? Has it just worn us down? Is the original just that indestructable? You be the judge...

Is the pop punk version of 'Despacito' good or bad? Vote now and let's decide once and for all: