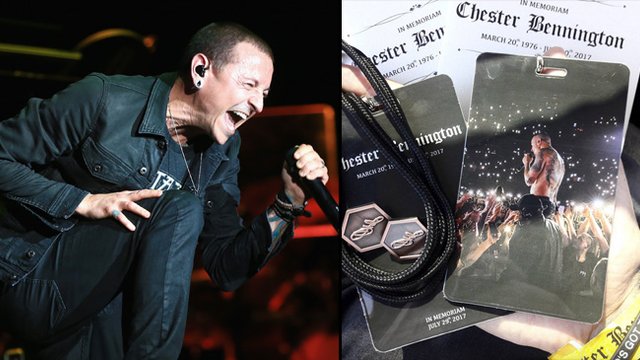 Fans reported listings online containing items given out to guests at the memorial service for the late Linkin Park frontman.

Items obtained by guests at the memorial service for Linkin Park frontman Chester Bennington were removed from Ebay yesterday (August 2nd) as fans discovered bids on the site in the tens of thousands of pounds.

Kerrang reports that attendees of the service, held in California on July 29th, received a small package containing a programme, wristband, lanyard and pin engraved with the singer's signature:

The service today was beautiful. Thank you Linkin Park, thank you Chester. For everything

But, sadly, some of these packs then made it onto the auction site with asking prices of over $50,000:

Gross. People are selling items given out at Chester Bennington's memorial on #ebay #shameless pic.twitter.com/Yt53HFRm6q

Fans on social media were quick to point out the horrible move and, thankfully, Ebay has since removed the listings in question. The site advises that fans report any similar listings they may see pop up over the coming days.

Bennington died by suicide on July 20th as tributes poured in from around the world and all sectors of the music industry. Linkin Park's debut album Hybrid Theory has sold over 30m copies since its 2000 release and was praised for Chester's open lyrical style when discussing mental health.