WATCH: Ed Sheeran Tattooed This Radio Host And Made A HUGE Mistake 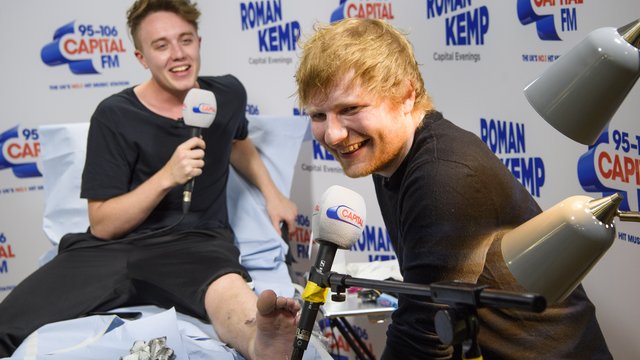 Would you trust Ed Sheeran to give you a tattoo? He seems like a sensible chap. Surely he wouldn't draw anything irresponsible or make any mistakes...right?

After performing an acoustic version of 'Shape Of You', Ed started to tattoo Roman but it wasn't until afterwards that Roman noticed he had made a huge, glaring error! Ed smoothed it over pretty quickly and Roman seems to take it well.

The 'design' itself is basically a permanent autograph, so let's hope Roman likes the new album, eh?

Watch the tattooing (and the mistake) unfold below: