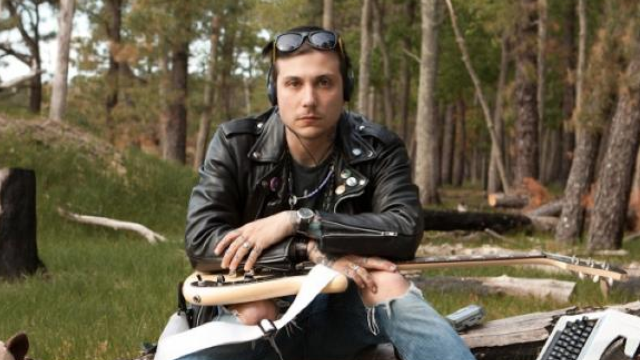 It's going to be a busy Autumn for the former MCR man as he hits the road in support of his upcoming new EP.

Frank Iero has announced some huge plans for the remainder of 2017, with new music and a full-scale European tour on the way!

Frank's new EP with his band The Patience will drop on September 22nd and is entitled Keep The Coffins Coming.

We are thrilled to reveal that @FrankIero and the Patience's new EP, 'Keep The Coffins Coming', is coming 22nd September! Pre-order below... pic.twitter.com/1tAPVA9GYV

The record includes the tracks 'I'm A Mess', 'BFF', 'No Fun Club' and 'You Are My Sunshine' and is available for pre-order now via Hassle Records.

Plus, Frank has also announced a HUGE new tour beginning in September and hitting pretty much every dive bar the UK has to offer:

Check out the full list of tour dates below:

We caught up with Frank at Slam Dunk Festival in May to chat through his latest album and his incredible Twitter comebacks. Watch our interview in the video below: