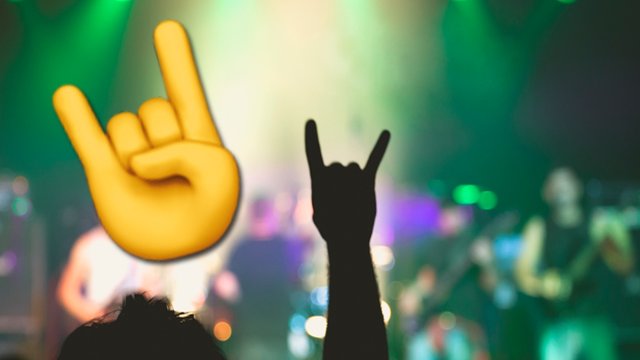 If successful, this trademark application could stop all other rockstars from throwing the horns mid-show, and that's just sad!

Brace yourself rock fans - throwing the devil horns may soon be a thing of the past as one ageing rock star is attempting to trademark the famous hand gesture.

Gene Simmons, the KISS singer, bassist and tongue enthusiast, has filed an application with the US Patent and Trademark Office, claiming to be the inventor of the move.

If successful, according to the document Simmons would ensure that "no other person, firm, corporation or association has the right to use said mark in commerce, either in the identical form or in such near resemblance." So basically, it would mean no other band or entertainer would be allowed to use the symbol for fear of getting sued.

So, um, yeah...what the f*ck is going on here then? That symbol has become ubiquitous in pop culture, used by everybody from rock stars to Spiderman and even appearing in emoji form - how the hell does Simmons expect to police its use now?

According to trademark attorney Michael Cohen it may be more tricky than he thinks, telling the LA Times that "He also has to establish that that hand gesture is associated with him, that he has what's called 'secondary meaning' associated with him. So in the mind of consumers that go to rock performances, are they going to associate that symbol with Gene Simmons?"

How likely is it that he'll be able to prove that? Time will tell.

Either way, we suggest you spend the day throwing the horns as many times as possible while you still can.