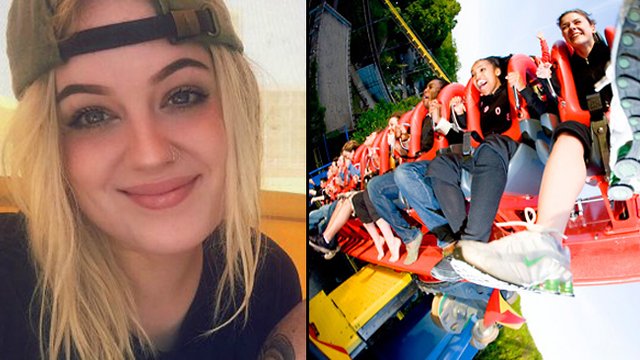 The 24 year old was rejected from Busch Gardens In WIlliamsburg just for wearing a band t-shirt.

A 24 year old pop punk fan in the US was denied entry to a theme park for wearing a band t-shirt. Yes, really.

WTVR reports that Rachel Holly of Williamsburg, who is an annual pass holder at her local Busch Gardens park, was turned away by security who objected to her t-shirt displaying the name of the band Handguns in the style of the Rugrats logo complete with accompanying cartoon.

Rachel was told by security that the shirt violated the park dress code as "if a kid were to see this shirt, they might think that guns are OK". This is despite the fact that, as Rachel points out, toy guns are on sale throughout the park itself:

"I found it hypocritical. As soon as I walked into the park and saw [other t-shirts and toy weapons for sale] that were the same level, if not worse than what I had on my shirt."

When she offered to simply turn the shirt inside out, security once again refused Rachel entry, forcing her to go and purchase a new t-shirt before being allowed access to the park.

"We are committed to fostering a safe, family atmosphere in our parks, including the dress code policy noted. One of the responsibilities of our security officers is to determine the appropriateness of guest attire and considering potentially offensive pictures or words printed on clothing is a major factor in their assessment. We are looking into this situation and have been in contact with the guest."

Guess we'll just have to turn the Pop Punk as loud as we can while we're still outside the park!