GRAMMYS 2017: 13 Iconic Behind The Scenes Moments You Probably Missed 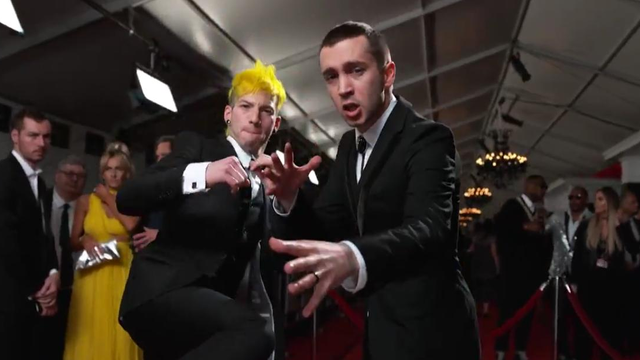 All the good stuff you didn't see...

After a wild night of big wins and happy firsts at the Grammy Awards, you may think you saw it all. Fortunately for you, we managed to dig up some of the best moments you may have missed.

1) Halsey, Josh, and Tyler's mini reunion on the red carpet was the cutest EVER.

halsey saw tyler and josh and ran to hug them awh#GRAMMYs pic.twitter.com/1O8fXnVWtU

3) Rihanna running out of f*cks to give is all of us, to be honest.

5) Dua coming through with the glam.

Dua Lipa is getting ready for the 2017 #GRAMMYs!pic.twitter.com/I9BmmPn7nP

10) Lorde getting pre-grammy party ready is giving us all the new music feels.

11) Look at these glamorous frens!

And we'll wrap the 2017 #GRAMMYs Glambot with Twenty One Pilots. Goodnight, everyone! pic.twitter.com/GtHivYuN87

12) Diplo brought his babies as his Grammy dates and it was too fricken cute.

13) Miss Tina does not know who Nick Jonas is.