Jacob Sartorius And Blackbear Released A Song Together And WTF? 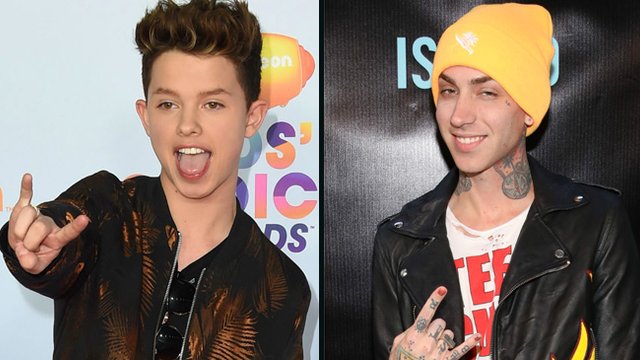 Is this the most random collab ever?

Well here's something we never thought we'd write: Jacob Sartorius has teamed up with Blackbear to release his new single "Hit Me Back". Yep.

The hook-up between the two has come as a bit of a surprise to many. R&B singer Blackbear has been on the periphery of the mainstream for a while now and his latest single "Do Re Mi" has been steadily climbing the Billboard 100. Meanwhile, Jacob Sartorius has been attempting to translate his huge social media following into a music career since 2016 with a string of pop singles.

It's likely Jacob's team hopes that working with Blackbear might result in his music career being taken a little more seriously while Blackbear is trying to win over some of Jacob's older fans. Oh, and because they respect each other's art, of course. The song finds Jacob and Blackbear lamenting over a girl who won't text them back. Perhaps is because you allegedly asked for nudes, Jacob? Just a thought.

Listen to the song below: