What's next? The right to vote?

British girl group Little Mix aren't necessarily known for their opinions on sensitive geo-political situations. They're experts in their craft and continuously blow us away with their music and hard work. But that doesn't mean they're not allowed to express their belief on important issues. 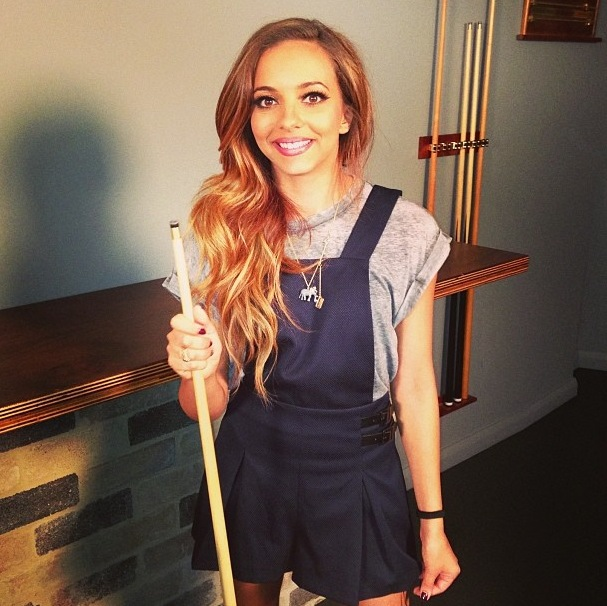 Jade Thirlwall tweeted about her disappointment over Britain's decision to carry out air strikes in Syria and not all the reactions to her tweet were positive.

Truly saddened and ashamed by the vote tonight. So, so sorry to the innocent people of Syria xxjadexx https://t.co/gdfskg2FgM

In fact, many of them were diownright sexist.

@LittleMix @LoveEire4eva @jeremycorbyn Stick to singing girls. Honestly, can you point out Syria and Iraq on a map.

Many people came to Jade's defense and she eventually clapped back at the haters which included Labour MP for Copeland in Cumbria, Jamie Reed.

@TeleWonderWomen sure it's not the first time a young woman has been mocked for having political opinion. Men from my own party too.Shameful

@jreedmp God forbid a young woman having a political opinion

This reaction to young women wanting to have their political voices heard isn't rare. All the way back in May, teenager Abby Tomlinson was criticized for her pro-Ed Miliband mini youth movement called the Milifandom. Even subsequent appearances on television have led to detractors, mainly men, commenting on everything from her age to her appearance in a way that majorly distracts from important issues.

The truth is that more women would be involved in politics and political commentary if they felt that there was a safe space for them to speak freely. This year, a record number of women hold seats in the House of Commons (29%); and yet, many woman who dare express a political opinion are shamed and mercilessly trolled. Jade Thirlwall being told to "stick to singing" is a perfect example of the way online misogyny is a huge gate keeper in modern political process.

Whether you agree with Jade Thirlwall or not, her opinion is just as important and valid as yours. The more we try to shut down young women who show an interest in politics, the more we send the message that their opinions don't matter. A British MP taking part in the trolling of a young woman online sends a very dangerous message as well.

So, instead of telling a woman she should "stick to singing" or saying she can't have an opinion unless she locates a country on a map, let's try to foster meaningful dialogue on important issues and forget the sly jabs.

Little Mix's "Love Me Like You": A Staff Review