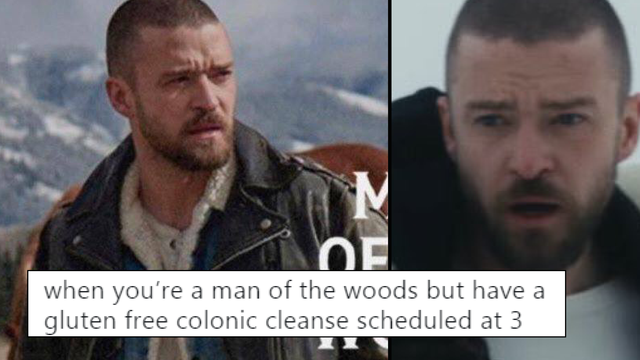 Late last year, it was announced that Justin Timberlake would be performing at the 2018 Superbowl Halftime Show on February 4th. Because of this announcement, fans pretty much knew that new music was imminent.

Team Timberlake has since announced a new album entitled Man Of The Woods and people have THOUGHTS. Justin is entering his Man of The Woods era and the looks are truly something else.

Everyone pretty much agreed that JT's new aesthetic was...different.

when you’re a man of the woods but have a gluten free colonic cleanse scheduled at 3 pic.twitter.com/LAM131XrFB

Justin Timberlake's promo and album title is giving Brokeback Mountain 2: A Man in the Woods

Others related to the spirit of Man Of The Woods

when i am a man of the woods pic.twitter.com/mbmN0H6vBa

*Extremely Taylor Swift 'Out Of The Woods' voice* 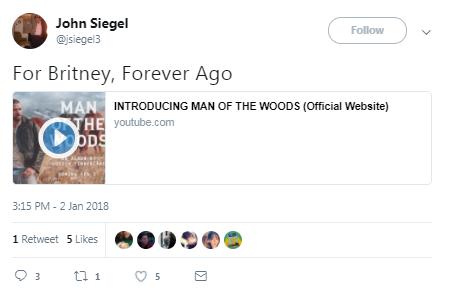 Justin Timberlake's friendship with Bon Iver must have reached its final form. pic.twitter.com/kS8uMJ6ub4

Justin Timberlake's new album is apparently called Man of the Woods and all I can picture is his SNL impersonation of Justin Vernon from Bon Iver where he sings and plays his guitar that he "fashioned out of a canoe" pic.twitter.com/3v5cR9MVc4

As the basic white dude I am, I for one am excited for Justin Timberlake to make a Bon Iver/Mumford & Sons album.

We'll reserve judgement for the album and the Superbowl performance. However, if Justin doesn't bring out those *NSYNC boys for at least one song, I'm gonna SNAP.