Kanye West Just Got Offered A $10 Million Bailout... But There's A Catch 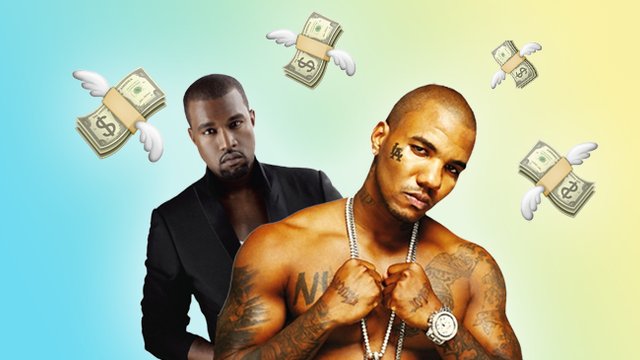 Help will always be given on Twitter to those who ask for it.

Nobody is quite sure what's going on with Kanye West at the moment, but one thing is clear: people want to help. Yeezy's announcement that he was $53m in left the internet a little confused this week.

I write this to you my brothers while still 53 million dollars in personal debt... Please pray we overcome... This is my true heart...

His appeal to Mark Zuckerberg fell on deaf ears. His call for fans to sign up for Tidal hasn't been very fruitful either (as far as we know).

Still, there was one man. One lone supporter, who couldn't let the creative genius that is Kanye sink further into debt and be forced to downgrade to single-ply toilet roll.

That man is not a man. That man is a game. in fact he is The Game. You know the one.

A day after the plea was issued, Senõr Game @'ed Yeezy with this:

@KanyeWest & tell him I'm not Mark Zuckerberg but I got $10,000,000 to invest in his ideas if he comes to Dubai & skydives wit us tomorrow

Let's see how far over the Jumpman Yeezy can jump #BringMeASize12Season3

I'll pay for the flight. It's 12 noon in #Dubai you got an hour to accept. Call/my phone or tweet #BlackJesus

Was that an ultimatum? At the time of writing, it's been 8 hours since that last tweet. Did Kanye ever respond? Did The Game make good on his promise? What happened to Frank Ocean?

We may never know.

Should We Be Worried About Kanye West’s Twitter “Rants”?