One of music's fastest rising stars just tried to take her own life because of online bullying.

The internet can be a wonderful place; but it can also be an equally cruel and treacherous place. No one probably understands this more than 20 year old singer, Kehlani, whose recent public shaming resulted in a very scary suicide attempt.

Kehlani is the up and coming musician who has scored collaborations with everyone from Justin Bieber, to Pusha T, and Zayn. This weekend was supposed to be a time of celebration for Kehlani. Her Zayn collaboration was one of the best from Mind Of Mine and she is quickly rising the ranks as one of the best new artists to watch. Instead, Kehlani found herself mercilessly bullied to the point of wanting to die.

Without delving too much into Kehlani's private life, here is what happened.

The situation turned into a real scandal when the photograph led to hours of her trending on twitter and hundreds of thousands of mentions on the site. People called Kehlani every terrible thing you can imagine. They sex shamed her while saying very little about Partynextdoor who posted the picture in the first place.

But why is no one talking about how @PARTYOMO just ruined Kehlani’s life and almost killed her?

Until eventually it led to this...

Since then, it seems that Twitter is unsure of how to react. The collective psyche of the site seems to be caught between continuing the harsh jokes and realizing that a woman just tried to take her life over this cyber bullying.

If u search kehlani almost everything is negative or a joke, no matter how much you dislike someone u don't joke about their mental health?

PND is FULLY AWARE of how fragile Kehlani's mental state is. He's reckless as hell, and his behavior reads like that of an abuser.

Mental illness, anxiety, and suicidal thoughts are no joke. Being that the entertainment industry is already an extremely volatile place for artists (especially women), it's no wonder Kehlani was feeling the untold pressure of being publically sex shamed.

It's so easy to forget that these artists are real people with real issues until something like this happens. If Kehlani had lost her life because of this, we would be having a completely different conversation centered around suicide prevention. Thankfully, the conversation we need to have is one that revolves around remembering that celebrities are human beings. And that's something we can all work harder at.

IS ANYBODY TAKING INTO CONSIDERATION THAT THIS IS KEHLANI BABE IS JUST 20 YEARS OLD?!

This week, Kehlani was supposed to be celebrating getting on one of the most anticipated albums of the year. Instead she is laying in a hospital bed as a direct result of Twitter's often toxic hive mentality. I've heard similar stories of girls Kehlani's age bullied on social media to the brink of self-harm, which goes to show that this isn't a one time deal.

Author of So You've Been Publicly Shamed, Jon Ronson, wrote the following: "But we know that people are complicated and have a mixture of flaws and talents and sins. So why do we pretend that we don’t?”

If we know our own lives are as textured and complex as Kehlani's, that should give us incentive to treat others with kindness and understanding. Even if someone is a pop star or a socialite, no one deserves to have their whole life laid bare on the internet for people to ridicule.

Let's hope the talented 20 year old can make a full recovery and continue her career without the stigma of Twitter's pervasive sex shaming culture. 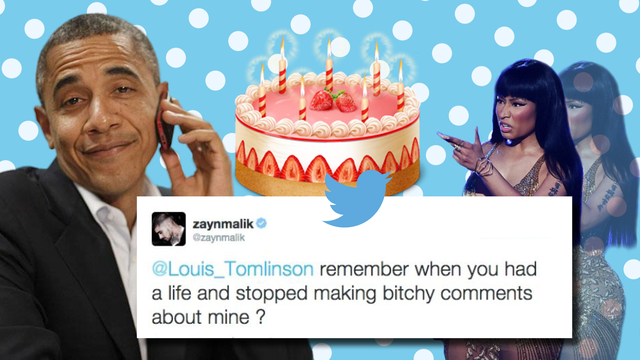