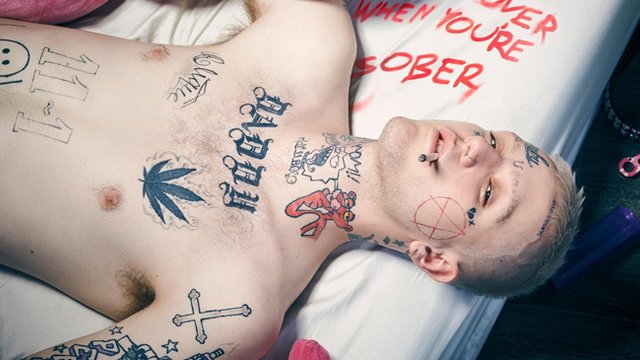 The hotly tipped music star revealed the news in a post on social media earlier this week.

Fans of the rapper Lil Peep have been showing their love for him as he publically came out as bisexual last night (August 8th).

The performer, real name Gustav Åhr, took to Twitter and Instagram with a couple of brief messages and even a quick look at his smoothie making abilities to confirm the news:

who wants a kiss

Fans on social media were quick to respond with supportive (and occasionally hilarious) responses, many delighted that such an upcoming new talent, with a huge amount of hype and press around them, has helped to increase bi-visibility in this way:

The rapper/singer found fame by posting his music to YouTube and Soundcloud, gaining a huge following and millions of listens in the process. He has regularly cited emo bands like Panic! At The Disco as being major influences on his work. His debut album, Come Over When You're Sober (Part I), is due later this month with a UK and US tour to follow shortly after.

Check out Lil Peep's latest single 'The Brightside' in the video below: