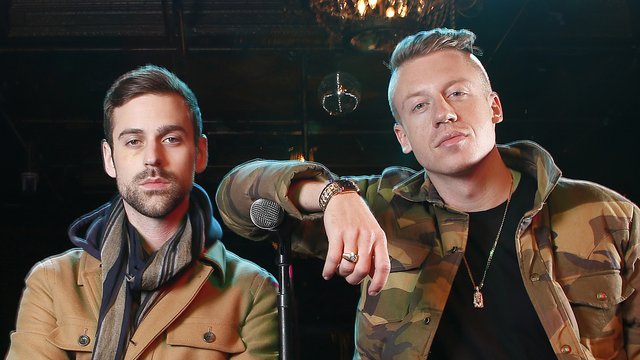 We had a feeling something like this was coming.

Grammy-stealing rapper Macklemore and his accomplice Ryan Lewis have released a NINE MINUTE long renumeration on his position as a white artist in hip-hop and the inherent white privilege that comes with it. Here's the song if you happen to have a spare NINE MINUTES.

One of the lyrics has caused a bit of a stir. Macklemore appears to take aim at other white artists who have been accused of appropriating black culture for their own commercial gain, with seemingly no concern or care for the culture or people from which they are profiteering. You've guessed it, it's everyone's problematic faves, Miley and Iggy.

He raps, "You've exploited and stolen the music, the moment/The magic, the passion, the fashion you toyed with/The culture was never yours to make better/You're Miley, you're Elvis, you're Iggy Azalea."

We have conflicting opinions on the track. On the one hand, we feel like it's a step in the right direction for Macklemore to confront this head on. Iggy and Miley have either dismissed (the former) or completely ignored (the latter) accusations of white privilege. With Macklemore engaging in the discourse in such a public way, it could lead to a greater awareness of appropriation issues and white privilege, something that is desperately needed.

However, the track seems a little ME ME ME. As people on Twitter have pointed out, the lyrics are concerned more with his own feelings about confronting his privilege rather than actually dealing with issues at hand.

I think my issue w/ Macklemore's "White Privilege 2" is that much like "Same Love," Macklemore's "consciousness" is discussed the most.

Macklemore's album is gonna be 12 thinkpieces written in artisanal font.

I think that Macklemore's latest song, White Privilege II, is powerful, important, & necessary. It, like all art, is also open to critique.

If one white kid downloaded that song and had their mind changed about things, this Twitter chatter ain't holding a candle to it.

What do you think? Is "White Privilege" just another example of white privilege or will the track help illuminate these issues to a greater audience? Let us know in the comments.