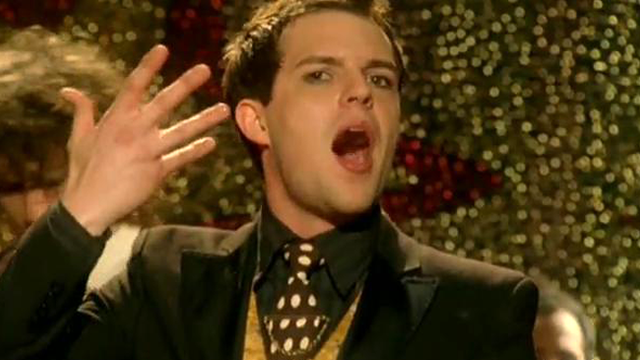 Coming out my cage and I've been doing just fine until I saw this...

FACT OF THE DAY: 'Mr Brightside' is one of the greatest songs of all time. You know how we know this? Because it has never left the UK Top 100 chart since it was released.

Yes. It's true. Call your friends. Call your mum. Call an ambulance, depending on your level of shook right now.

How? Well, the anthem was released in 2003 and then re-released in 2004. It peaked at number 10 in the UK and number 10 on Billboard's Hot 100. To be honest with you, that doesn't sound very impressive, does it? Considering that the song itself is a monster and was played at almost every single party, club, wedding reception and bedroom you've ever walked into.

But here's the gag, thanks to the switch up in the way the charts are now ranked and calculated (streams are now taken into account), 'Mr Brightside' has been able to maintain a prominent chart presence. In fact, the song stayed in the charts for 35 consecutive weeks between July 2016 and March of this year. In January, it peaked at 35 - it's highest chart position in three years. It was also the most streamed song of the 00's.

Mr Brightside has become the most-streamed song of the 2000s when, of course, it should have been Call The Shots https://t.co/VSaFxMjxJ2 pic.twitter.com/cRv56FTwJc

Thanks to Noisey who sleuthed this case, we've also been informed that at the time of their writing, 'Mr Brightside' was currently sitting above Taylor Swift and Zayn's damp 50 Shades Darker collaboration and below that new bop from The Vamps and Martin Jensen. What a time to be alive.

But why? Why are people still so desperate to scream "JEALOUSY" at the top of their lungs after all these years? What about John f*cking Lennon? What about freakin' Cher? What about S Club god damn 7? Robbed. All of them.

Noisey laid down some very VERY valid theories about why 'Mr Brightside' has maintained such an iconic presence but we've got one of our own. Memes. It's all because of the memes. If the internet can turn a song into a meme, it becomes immortal. Case closed.

when you're falling asleep and she's calling a cab and he's having a smoke and she's taking a drag pic.twitter.com/XkQrnLHeTu