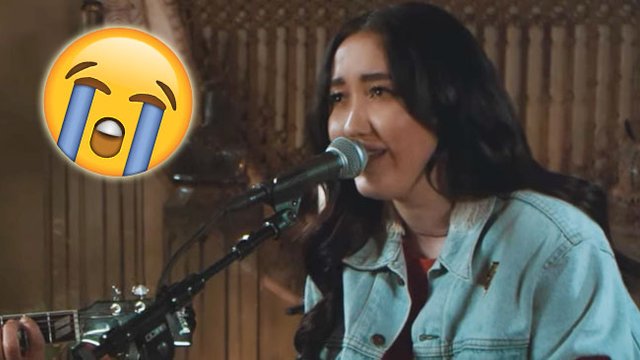 Watch Noah's acoustic performance and weep gently into your pillow.

We won't lie. When we read that Noah Cyrus was releasing music we were a little skeptical at first but as soon as we heard 'Make Me (Cry)', her first song and collaboration with Labrinth, we instantly fell in love with Noah's voice.

Noah, who is 16-years-old, has a similar sounding voice to her very-famous sister, Miley, but there's something really refreshing and unique about Noah's music. It's certainly not something we'd expect from the sister of an ex-Disney star, put it that way.

'Make Me' has clocked up an incredible 28 million plays on YouTube already, and a further 30 million plays on Spotify. Now, Noah has followed that up with a heart-wrenching acoustic cover of a new song, 'Almost Famous', and it's gonna bring back that all those feels you've been repressing for some time now. Have the tissues on stand by, the tears are going to pour down your face bbz.

Noah is getting plaudits from all corners of the internet for her music and fans are begging her to put 'Almost Famous' on iTunes, so we're pretty sure you're going to be hearing a lot more from Noah in 2017. You can listen to 'Make Me (Cry)' on PopBuzz Radio.