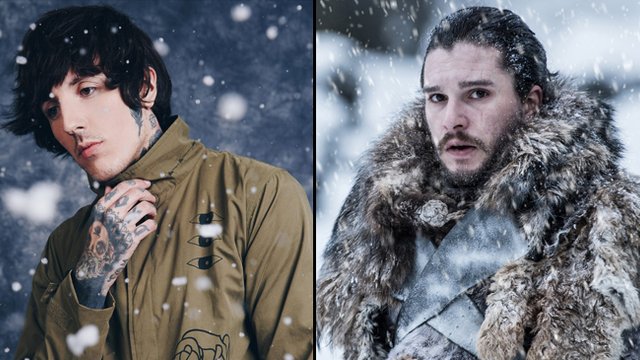 The Bring Me The Horizon frontman's latest project through his Drop Dead label is gonna be very exciting for fans of the HBO drama.

Oli Sykes, the Bring Me The Horizon frontman and fashion mogul, has unveiled the latest project from his Drop Dead clothing line and it will have fans of dragons and swordplay very excited.

Yep, Oli has collabed with HBO to produce a new Game Of Thrones themed fashion line, announcing the move in a cryptic video post earlier this week:

Perfectly timed to coincide with the Season 7 finale, no major information has been released yet but fans can subscribe on the official website to get all the latest updates and release details as they arrive:

Drop Dead have become known for their pop culture inspired collections in recent years, having previously worked with the likes of Sega and The Simpsons.

Oli Sykes meanwhile has now wrapped up the tour in support of Bring Me The Horizon's latest album That's The Spirit and was most recently spotted making a cameo in Charli XCX's video for 'Boys'.