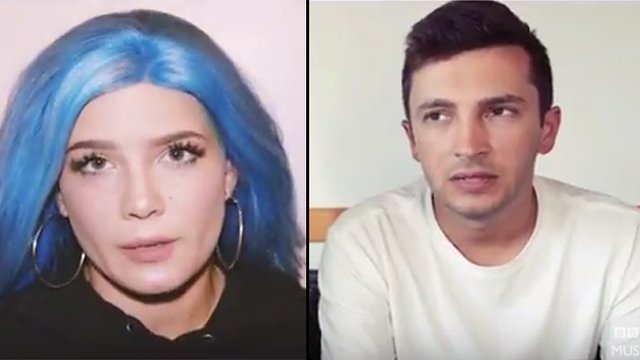 The messages of solidarity were shown during the concert in support of those injured or bereaved by the recent attack at an Ariana Grande show.

Halsey, Twenty One Pilots, Bastille and Paul McCartney were among the artists who sent video messages to be played out during the 'One Love Manchester' concert that took place at the LCCC venue in the city yesterday (June 4th).

The event was organised by Ariana Grande and her team in tribute to those who were injured or lost their lives during the bomb attack that took place at the end of Ariana's recent show at the Manchester Evening News Arena.

Katy Perry, Coldplay, Justin Bieber, Take That, Miley Cyrus, Robbie Williams, Pharrell, Niall Horan and Liam Gallgher were among the performers on the day, with the concert broadcast live on YouTube as well as on TV and radio stations around the world.

But many of those who were unable to attend still showed their solidarity by recording video messages that were played out to the stadium crowd on big screens as well as during the TV broadcast.

Halsey opened the film by stating that "music is not a place for fear. Music is a universal language that the whole world speaks". Twenty One Pilots meanwhile spoke of how the "peace and comfort that was taken away lives on tonight in this room through the spirit of live music".

The concert was in aid of the We Love Manchester Emergency Fund. You can donate in the United Kingdom by texting 'LOVE' to 70507 to give £5 or donate online via the British Red Cross page here: http://www.redcross.org.uk/LOVE

Watch the full set of messages for Manchester from the concert in the video below: