Pete Wentz Will Record A Panic! 'Drunk History'...On One Condition 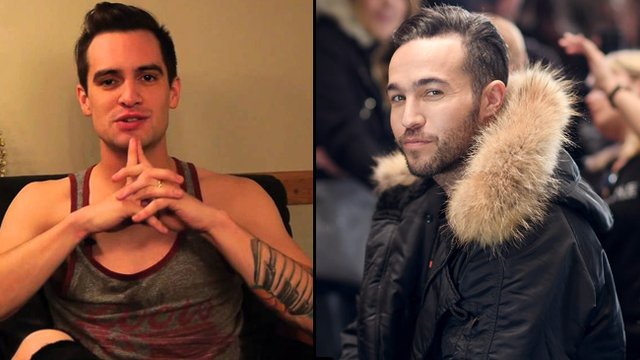 Here's what needs to happen to convince the Fall Out Boy bassist to get sh*tfaced on camera.

We've waited a long time but it looks like the Drunk History of Panic! At The Disco may finally be happening...thanks to Pete Wentz.

Ever since the original Drunk History video emerged in 2014, featuring a highly intoxicated Brendon Urie hilariously recounting the complete career of the Fall Out Boy lads, fans have waited impatiently for one of FOB to return the favour and get sh*tfaced on camera.

Well now, Alt Press reports that Pete has agreed to shoot the video for Brendon...but only if Panic! win a Grammy.

"He told me that if I won the Grammy, he would drink only out of the Grammy and then do 'Drunk History.' That's my goal for getting a Grammy now: having it for myself and also having the retribution of having Pete get drunk out of it."

Panic! tragically lost out on their first nomination earlier this year but, with a bit of luck, maybe an award might appear in the near future?

Brendon has had Pete in his sights for the video sequel for a while, revealing him as the Number 1 choice of narrator in our chat with him last January.

You can read that full interview here.

Plus check out our full backstage chat with Brendon from last year's UK tour in the video below:

The PopBuzz Podcast is back! Listen to our interview with Noah Cyrus below and subscribe to the podcast on iTunes.