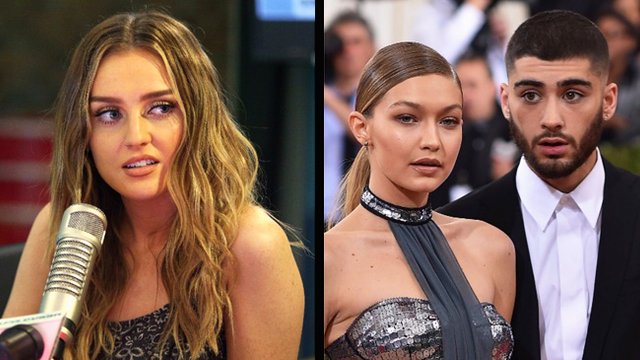 Remember when Perrie Edwards and Zayn Malik were basically the golden couple of UK pop music? Well, it's been almost exactly two years since their engagement was called off and they've both moved on to bigger and better things - quite literally in the case of Perrie - if this latest dig at her ex is to be believed.

Little Mix have been busy touring all over the world and at a recent show in New Zealand, Perrie decided to throw some shade at Malik and his current girlfriend, Gigi Hadid, and we've got to admit it's actually hilarious.

In fact, the girls found it so funny that bandmate Jade Thirlwall missed a couple of her lines during the performance because she was laughing so hard. Watch the clip below:

Fans of both Perrie and Zayn have defend their respective faves but it's really not that deep. Who doesn't crack a joke about their ex from time to time, right? We're giving Perrie a 10/10 for her top bantz skills. More of this, please.