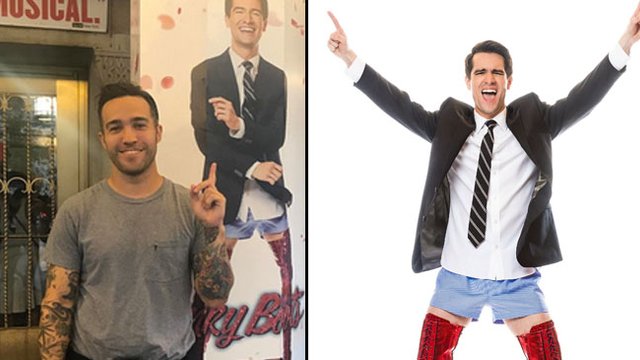 Brendon's buddy stopped by Broadway and even signed autographs for the waiting fans outside.

Pete Wentz, the Fall Out Boy bassist and international man of business, had a lovely trip out in New York last night (June 30th), watching his good friend and sometime protogé Brendon Urie perform in the Broadway musical Kinky Boots. 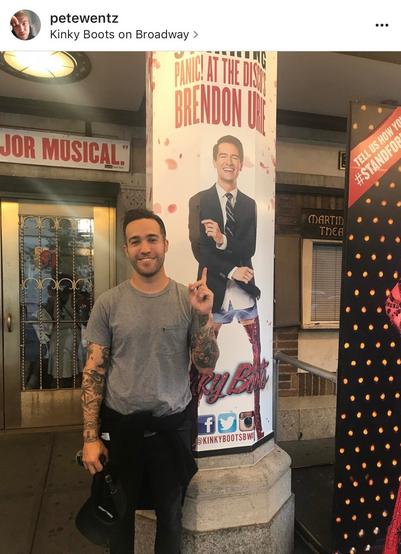 Brendon is performing in the lead role of Charley Price throughout the summer and it's nice to see Pete come down and check out the show. Plus, he even kept the sea of fans at the stage door happy by signing a few autographs after the show too: 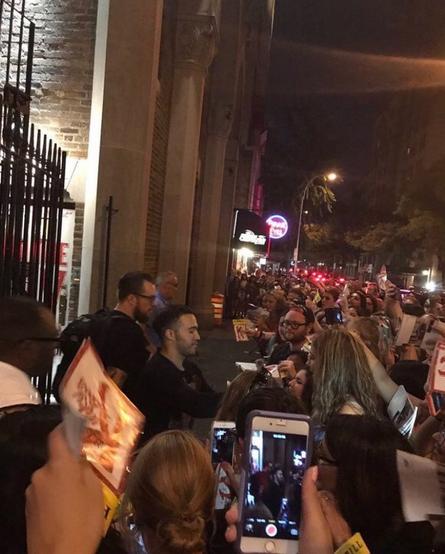 And, understandably, the fans had a bit of a 'moment' when they realised they were gonna get to meet two of their emo heroes in one night.

Well, I saw Brendon Urie in Kinky Boots AND got a surprise appearance from Pete Wentz after the show. All in a span of 2 hours.

We chatted to Brendon about joining the cast of Kinky Boots in our recent exclusive interview which you can watch in the video below: