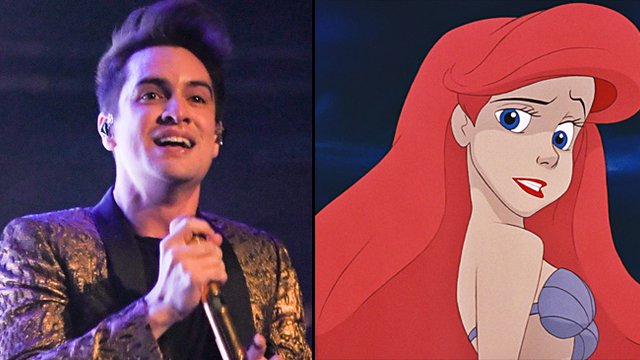 All Time Low, Fall Out Boy, Panic!, Twenty One Pilots and more feature on the rumoured album - but will it ever happen?

Pop Punk fans got seriously hyped on social media this week when a fan account appeared to confirm the existence of a 'Punk Goes Disney' album containing tracks by Panic!, Fall Out Boy and Twenty One Pilots.

Alt Press reports that the Twitter account StateChampsTour posted the full tracklisting for the purported album which basically includes all of our fave bands and all our fave Disney tracks. It's win win!

Just check out the mastery of these cover choices:

ONE OK ROCK: “Let It Go” (Frozen)
Twenty One Pilots: “A Whole New World” (Aladdin)
All Time Low: “That Belle” (Beauty And The Beast)
Mayday Parade: “Honor To Us All” (Mulan)
Panic! At The Disco: “Where Do I Go From Here?” (Pocahontas)
Fall Out Boy: “Down In New Orleans” (The Princess And The Frog)
The Maine: “Mother Knows Best” (Tangled)
State Champs: “Can You Feel The Love Tonight?” (The Lion King)
Sleeping With Sirens: “Someday My Prince Will Come” (Snow White)
Pierce The Veil: “I Still Believe” (Cinderella)
With Confidence: “Hail To Princess Aurora” (Sleeping Beauty)
Neck Deep: “Just One Mistake” (The Little Mermaid)

Sadly, the tracklist was later found out to be a fake, with members of State Champs, Sleeping With Sirens and With Confidence all noting that, while this would definitely be awesome, it sadly isn't to be (although, they are all keen to do it so who knows).

Oh well, for the time being, lets console ourselves with the current high point of all pop punk and Disney crossovers...

Fall Out Boy's epic take on The Jungle Book: