Record Store Day 2017: Gerard Way, Little Mix & Everything Else You NEED To Buy 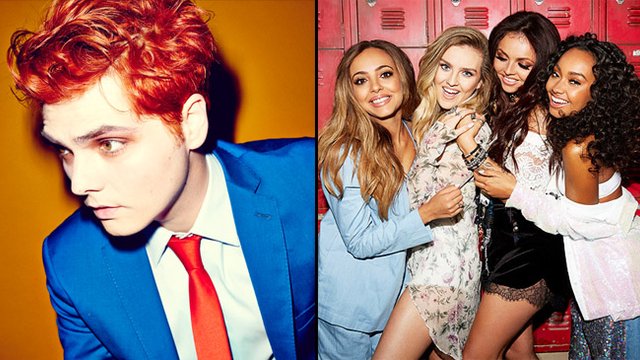 From All Time Low to the 'Space Jam' soundtrack, here are our hot picks for the annual celebration of your local music store.

Gerard Way, Little Mix and All Time Low are among the many acts set to release limited edition vinyls for Record Store Day 2017.

So, what's on offer this year? Gerard Way will put out Into The Cave We Wander, two new recordings tied in to his latest DC comics line, a 12" picture disc in a clear vinyl sleeve with a 40 page comic that includes art from four of Gerard's Young Adult comics and even a bonus poster.

All Time Low's MTV Unplugged session will also be available in fetching black and white. Little Mix will also be dropping a new version of their very good album Glory Days with a fancy looking new cover:

We're releasing #GloryDays on vinyl for @RSDUKGet your copy from an indie record store on 22.4.17 #RSD17. You ready? X the girls pic.twitter.com/3fLcNx2EMi

Plus Prince, David Bowie, The Cure, Babymetal, Bastille, Catfish and The Bottlemen, Aqua, Bullet For My Valentine, Coheed & Cambria and even the Space Jam soundtrack will be newly available, just in case you need a new version of 'I Believe I Can Fly' for your collection.

The 10th annual Record Store Day will take place on April 22nd. For the full list of releases click here.