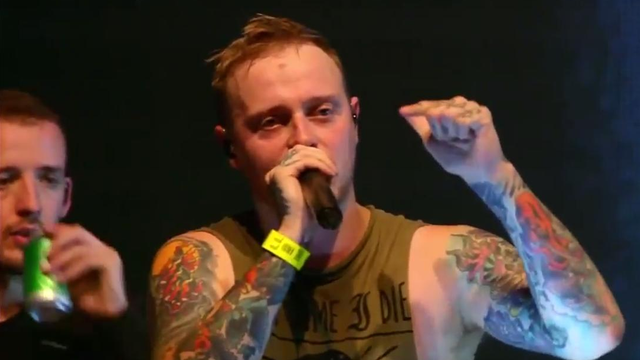 "It is f*cking disgusting and there is no f*cking place for that shit."

Everyone knows the old saying "if you see something, say something." Calling out bad behaviour isn't just the right thing to do, it can also save someone from a scary situation. When Sam Carter, lead singer of Architects, saw something inappropriate in the crowd at one of his shows, he had to speak up.

Dutch public radio station NPO 3FM captured the moment when Sam Carter decided to address a groping incident he'd witnessed during one of the songs.

'So, i've been going over in my f*cking mind about whether I should say something about what I saw during that last song....' @Architectsuk pic.twitter.com/zm5L4zlXpw

In the video, Carter can be heard sternly addressing the situation, plainly stating that there is no room for that kind of behaviour at his shows.

The Internet loved Sam's reaction to the situation.

Concert safety is becoming a bigger and bigger issue. Thankfully, more musicians are taking a stand against this shameful and harmful behaviour. Circa Survive guitarist Brendan Ekstrom recently wrote about a "disturbing" assault he witnessed during one of his shows and how he intervened.

Women have been warning that these spaces can often be dangerous for young girls, but it's heartening to see that men in music are finally calling out sexual assault when they see it happening.