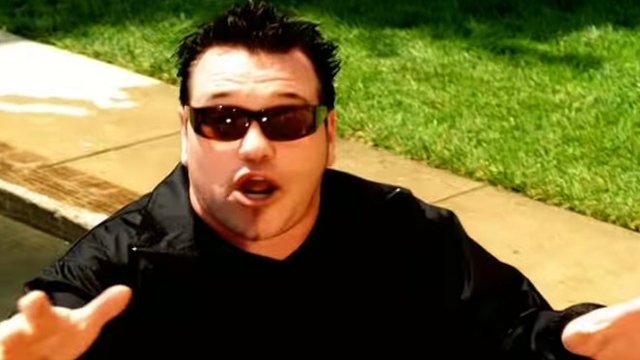 Steve Harwell has been forced to cancel several shows with the group after seeking medical treatement late last week.

Steve Harwell, the lead singer of 'All Star' band Smash Mouth, has been sent to hospital resulting in the group cancelling two US shows.

TMZ reports that the band were soundchecking at the New Daisy Theater in Memphis on Thursday (August 31st) when Harwell began to experience shortness of breath and sought medical treatment. The band posted a message on Facebook confirming the show cancellation and promising to reschedule as soon as possible.

Harwell was diagnosed for cardiomyopathy two years ago, a condition which "impairs the heart's ability to pump efficiently", and has been on medication to treat it ever since. In 2016, he collapsed during a concert in Urbana, Ill with an ambulance called to the venue.

The band have had a resurgance in popularity in recent years thanks to the HUGE amount of 'All Star' related memes that have spread online. The single was originally released in 2000 and has appeared in countless movies and TV shows since, most notably over the opening credits of Dreamworks animated classic Shrek.