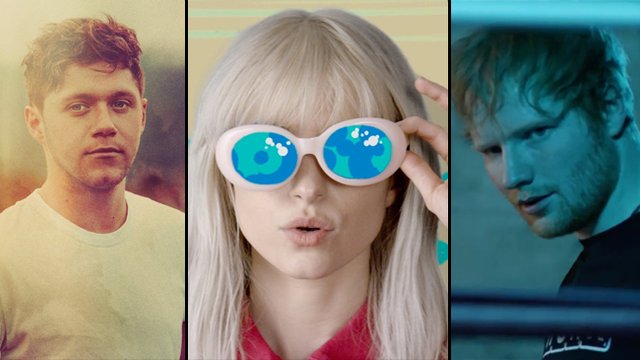 It's the ultimate choice - which bop is going to be your soundtrack for the season? Make your decision now...

It's a big week for democracy - soon millions of us will gather together to cast our votes and decide not only our future but also the future of our nation.

Yep, that's right - it's time once again to choose the official song of the summer!

We've rounded up all the hottest contenders to give you the opportunity to vote for your faves so that we can officially crown the PopBuzz Song Of The Summer 2017. You've got 28 options to choose from - just swipe right or left to give each song a 'thumbs up' or 'thumbs down' and the total results collected so far will be displayed at the end.

So what are you waiting for? Decide your song of the summer in the vote below:

What's that? You can't choose? Need some inspiration?

Ok, here's what each of the PopBuzz team picked as their own personal faves:

In the words of Liam James Payne, I've decided to ‘strip it down’ this summer. Long gone are the bangers we craved in 2016, this year is all about low-key bops and Irish Prince Niall Horan has truly served. Bitch, I dare you to listen to this song without having a good time.
'Slow Hands' is like a late afternoon breeze that sweeps through the pool area of your cheap holiday rental ocean-view apartment. ‘Slow Hands’ is the equivalent of going out for a drink after dress down Friday in your sweaty city office. 'Slow Hands' is the best f*cking One Direction solo effort and I won’t hear a word that says otherwise. It would bang at brunch. It would bang at a festival. It would bang in your mum’s car. And that’s all I have to say about that.

If you haven’t hopped aboard the good ship Zaddy at this point, seriously where have you been? Cause while you were sleeping on Bradford’s finest, Zayn causally dropped the bop of the summer. The surprisingly empowering tune features a lick of dancehall influence with a side portion of partynextdoor, and if it’s anything indicative of what Zayn’s second album has in store, consider me hyped. New era, hu dis?

Kendrick Lamar offers up practical advice on humility over a bouncy (and wonderfully sinister sounding) beat. Aside from that unfortunate "show me something natural" line, Kendrick’s 'Humble' is the right amount of shade and bravado to turn up the summer family BBQs. If you haven’t been mouthing the words "my left stroke just went viral" to yourself every time you hear this jam, then you probably don't know joy.

There's been no greater musical thrill so far this year than the almighty comeback of Hayley and the boys, bursting back onto the scene with this joyous blast of bouncy pop ripped straight from the background music of the DK Jungle Parkway level on Mario Kart 64 (ask your older brother). Catchy, defiant and with a big shoutalong chorus to boot, this is one of those songs that arrives ready to fit any summer musical situation, perfect for soundtracking dramatic Wimbledon net-shot compilations and holiday kids club dance routines alike (seriously, I expect the Mark Warner nannies to be teaching teams of 8-10 year olds some snazzy hand motions to this one at every resort from the Algarve to Corsica until at least September time. Your Gran will love it at the 'end of holiday kids club show', especially once she's necked her fifth frozen strawberry daquiri before the dinner seafood buffet). That kind of variety only comes from a true song of the summer. Now, pass me my red beret and coloured eye makeup?