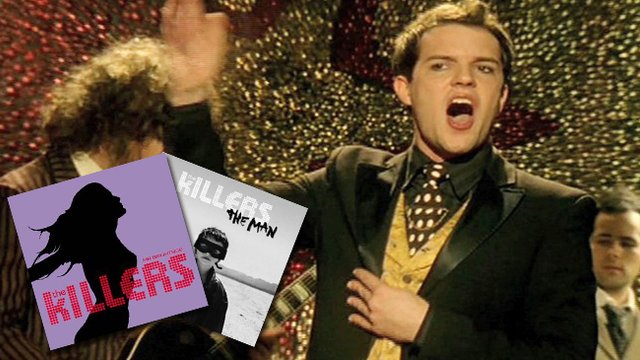 Well, probably not, but we do have some theories you can read anyway...

Strap in everybody - your favourite Las Vegas-based synth pop act are returning with a brand new banger to appropriately destroy student discos across the land.

Yep, The Killers are back.

The band have uploaded a 10-second preview of their new single 'The Man', due to drop on June 15th, and, if you ask us, it sounds pretty damn enjoyable.

But wait, there's more. Because we at PopBuzz noticed one key detail about the track that many less thorough journalists have promptly ignored - this single is quite clearly a sequel to 'Mr Brightside'.

Oh, what's that? You want evidence? Here it comes:

2) On their last tour, The Killers began opening shows with 'Mr Brightside'. Why would they open a gig with their biggest hit? Because they were prepping us all for part 2.

3) Check out the lyrics from the clip:

"When it comes to Friday, I always earn
Don't try to teach me, got nothing to learn"

And now she's falling asleep, and he's calling a cab....come on, you just KNOW it flows together. Plus, why does this person have "nothing to learn"? Because ever since they came out of their cage, they've been doing just fine. Case closed.

5) Ok, ok, heres one serious point - on the band's first album Hot Fuss, there was the so-called 'Murder Trilogy' of songs that all interconnected into one massive plot about the death of a girl named Jenny. PLUS, the song 'Miss Atomic Bomb', and accompanying video, is a prequel of sorts to 'Mr Brightside' so, if they have explored the story before, why not do it again? Bring on the 'Mr B' trilogy!!! We've heard what happened before, now we need to know what happened next.

We rest our case. Thank us later.

The Killers new album is due out later this year. They will headline a HUGE show in Hyde Park, London this July.