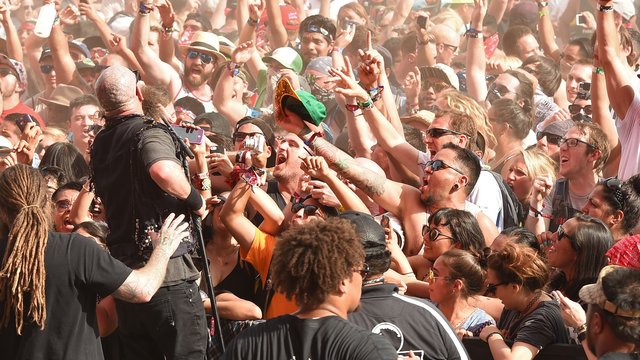 Sad news out of Chicago as two punk fans were stabbed at a joint show by the bands Rancid and Dropkick Murphys last night (August 9th).

According to venue staff, the two men began fighting around the merch stand area while they waited in line. Security measures had been in place at the venue, including metal detectors and bag checks, but they clearly missed the knife used by the attacker.

Both victims were taken to Northwestern Memorial Hospital and are now stable, while the suspected attacker has been taken into custody with charges pending.

The show had been part of the two bands co-headlining 'From Boston To Berkeley' tour. Rancid were most recently seen on UK shores supporting Green Day on their Revolution Radio dates.