Tyler, The Creator Just Opened Up About His First Boyfriend 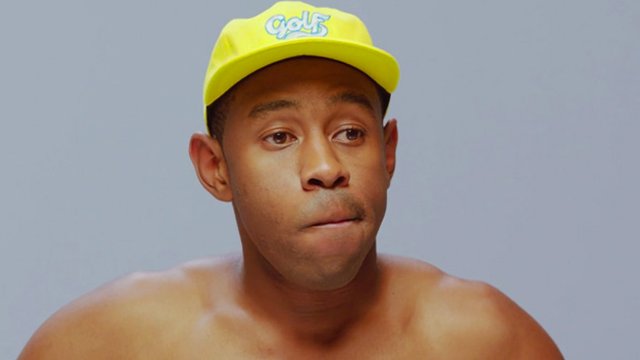 If you haven't heard already, the rapper Tyler, The Creator's latest album, Flower Boy, has attracted a lot of attention since its release in July.

On the record there are several references to same-sex relationships. This wouldn't be half as noteworthy were it not for the fact that Tyler was well-known for using gay slurs like 'faggot' in his earlier music. Subsequently, most people had assumed Tyler was straight.

In fact, he pissed a lot of people off. Tegan and Sara got in a war of words with Tyler back in 2011 and called out the music industry for "a double standard when it comes to misogyny and sexism and homophobia, and I think it’s shameful that people in our industry put out his music.” LGBTQ organisations such as GLAAD also called out Tyler for using "anti-gay slurs and dangerous, violent rhetoric."

Tyler attempted to shrug off the criticism at the time by claiming his gay fans were okay with him using this language, as well as pointing out that other members of his rap collective, Odd Future (which included Frank Ocean and The Internet's Syd the Kid) were both queer and weren't offended by the homophobic remarks. That didn't really fly with many people and for years Tyler has attempted to distance himself from this homophobic image, including releasing anti-homophobic merch line in 2015.

So when Tyler released Flower Boy, which included lines like "I’ve been kissing white boys since 2004", many wondered whether Tyler was actually coming out or if this was a queer-baiting publicity stunt.

Now, in an interview with Know Wave's Koopz Tunes radio show, Tyler admits he had his first gay relationship as a teenager. "I had a boyfriend when I was fifteen in fucking Hawthorne. If that's not open minded, I don't know what is."

It sounds like Tyler doesn't want to put a label on it, which is fair enough, but we'd be lying if we said we weren't a little curious about Tyler's previous relationships and how that manifested itself in his music. Guess we'll just have to wait it out until he's ready to talk about it. In the meantime, listen to Flower Boy, it's ace. [H/T Buzzfeed]