Usher's New Video For "Chains" Is Guaranteed To Give You Chills 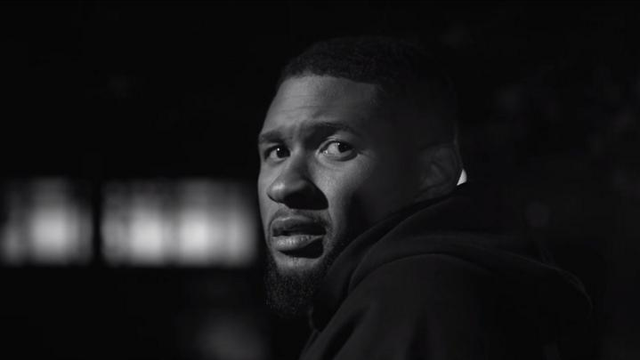 Usher isn't necessarily the first person you think of when it comes to #woke musicians.

Maybe Mos Def, certainly Nas, but Usher Raymond's smooth r&b vocals rarely come into play. It seems, however, that Usher is finally embracing social justice themed music alongside his fellow black artists. His latest video for "Chains", a song released last October, is not only stunning, but hits eerily close to home when it comes to America's current struggle against police brutality.

"Chains", directed by Ben Louis Nicholas, sees Usher come to grips with a reality in which he could easily have been a victim of similar violence. He can be seen bleeding in the back of a cop car and attending his own funeral--concepts which are heavy and feel like a visual representation of America's current social climate.

The visuals for @Usher's "Chains" gave me chills

"Chains" doesn't lighten or mince words about the issue. It incorporates the protest movement, the metaphor of chains (police cuffs as a trade off for the chains of slavery) and mentions slain youth by name.

The stark black and white sets the mood for the short film, a creative choice which acts as a metaphor in itself.

He joins Kendrick Lamar, B.o.b, Raury, and other hip hop artists who are now starting to speak out on this particular issue. It's a huge moment for the movement as it bridges the gap between mainstream music and a sentiment which has grown from the fringes of popular culture.

Watch the video for Usher's "Chains" and prepare to be blown away.