Warped Tour Announces It's Ending In 2018 And, TBH, It's About Time 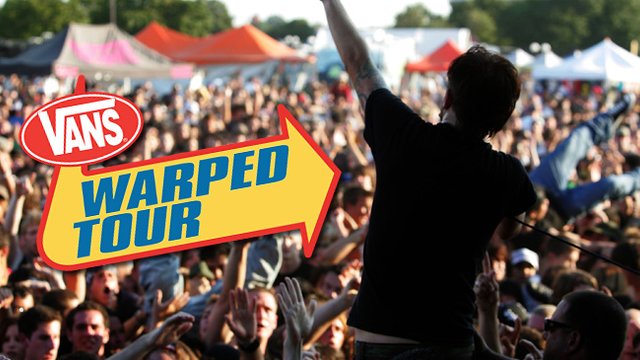 Founder Kevin Lyman announced the move in a lengthy message over on the tour's official website.

The end of an era in the world of pop punk and emo will take place next year as the Warped Tour, the annual festival of all things scene, makes its final cross-country trip after 23 years.

Founder Kevin Lyman announced the news in a post on the tour's official website last night (November 15th) while promising that the spirit of the event will live on in other ways including a special 25th anniversary event in 2019.

FOREVER WARPED :: 2018 will be the final, full cross-country run of the Vans Warped Tour. We cannot thank you enough for making Warped Tour the highlight of your summer for the past 23 summers. For one final run - we will see you on the road and in the pit!⠀ full statement at link in bio @ryanmichaelmendez ⠀ ⠀ ⠀ #vanswarpedtour #warpedtour #foreverwarped

Having helped launch the careers of the likes of Fall Out Boy, My Chemical Romance, Green Day, No Doubt, Blink-182, The Offspring, Sum 41, Good Charlotte, Jimmy Eat World, Taking Back Sunday and countless more, the tour became a celebration of all that the scene had to offer, bands wearing their artist pass as a badge of honour on the way to further mainstream success.

In latter years, Lyman also expanded the brand's reach into the world of charity, working with more than 90 non-profit organisations each year and even starting his own foundation Unite The United.

For many scene kids in the US and internationally, it was their first live experience and an opportunity to meet all their fave musicians in their hometown. The tour's impact on the scene is immeasurable, giving opportunities to new artists and bringing high quality live performances to areas that don't always attract the biggest names.

Warped Tour was an incredible touring event. But now is definitely the right time to stop.

It is no secret that over the last few years, the tour has suffered it's fair share of controversy, largely stemming from allegations of harassment against women made against several of the tour's artists. It's safe to say that this is a wider problem in the scene, with many similar claims filed as recently as this week, but the continous flow of accusations has, rightly or wrongly, certainly hurt the tour's reputation as an open, welcoming environment to all. As much as Lyman has made pains to seperate the tour from this reputation in recent years, decisions like the 2015 inclusion of Front Porch Step and the failure to fully condemn the language The Dickies used on stage in 2017 has left a great deal to be desired.

On another note, the music world is, unsurprisingly, a very different place from the one that started the tour off in 1995. Touring has become more fragmented with bands teaming up on their own to establish roaming events, while other festivals like Lollapalooza decided to stay within one location rather than hit the road. Perhaps the future of Warped is in a stationary event that can attract big names and perhaps even provide camping facilities. We have already seen the brand move into the world of cruise ships so this may well be the next logical step.

No matter what the future holds, Warped Tour is at least owed a debt of gratitude by anyone who has ever loved pop punk for helping to push their fave bands onto bigger stages. For that alone, the scene will always remember the summer jaunt as a trailblazer of the genre.