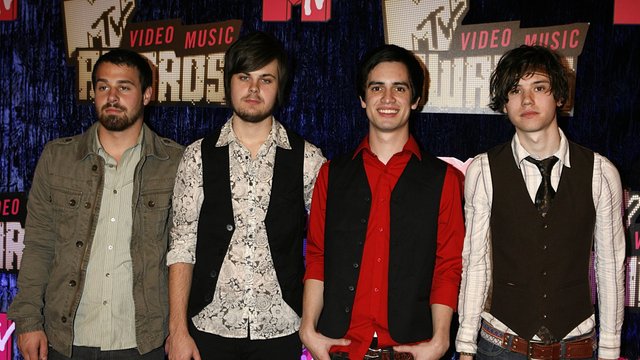 If you didn't feel old before... YOU WILL NOW!

Need some throwback party playlist inspo? LOOK NO FURTHER THAN THE MOST ACCOMPLISHED YEAR IN MUSIC TO DATE: 2006. We've hooked you up with a playlist packed with some of the best songs of all time, and they just happen to all be celebrating their 10th birthday in 2016. So if you didn't feel old before, YOU WILL NOW!

Surprise b*tch, bet you thought you'd seen the last of Taylor's debut album! The current Swifty babies were barely even born when this slow jam was released - let that sink in for a hot sec! We can't wait for that Country Renaissance Era tbh. Happy 10th Taylor!

FACT: "SexyBack" is one, if not THE, finest body rolling tracks in the last 10 years. Even though "Justified" was a work of art, this undeniable banger put Justin on. the. map. Also, shout out to Timbaland for holding it down in 2006 for everyone in the music industry.

3) Panic! At The Disco - I Write Sins Not Tragedies

We remember it well. The summer of '06... or more specifically, the summer we found out the groomsbride was a wh**e.

10 years since Snow Patrol unleashed hell upon us all. 10 YEARS OF PAIN!!! DO YOU KNOW HOW MANY JARS OF TEARS WE COULD HAVE FILLED?! I almost cried just embedding this video.

Ahhh, innocent bebe Rihanna, back when she thought 420 was just a number. 2006 was the height of glittery body moisturiser, dangly earrings and heavy bangs and we all desperately tried to live vicariously through Rih's Bajan vibes. (PS. She was 18 when this came out. DO YOU FEEL OLD YET?)

6) Fall Out Boy - A Little Less Sixteen Candles, A Little More "Touch Me"

Yeah, yeah, yeah, we know what you're thinking... "But the album was released in 2005!" Technically, FOB dropped this as a single in June 2006 so IT TOTALLY COUNTS. And it's just an excuse to watch that video again, amirite?!

7) Amy Winehouse - Back To Black

Kids these days may never know the genius of Amy. And that's a criminal offence.

9) My Chemical Romance - Welcome To The Black Parade

10 YEARS!!!!! Do you think, would it be at all possible, maybe, please, to have a little special edition rerelease? Please? SOMETHING! ANYTHING! GERARD PLZ!

Just like 2016 is set to be the year of Adele, 2006 was the year of Fergie. And we'll never seen such a meteoric rise to soaring solo career success ever again. Not even from you, Zayn. You'll never be Fergie.

Nothing has ever come close to topping this as the best song in the last decade. NOTHING.

12) Paris Hilton - Nothing In This World

The Pentatonix's Guide To Making The Perfect Party Playlist