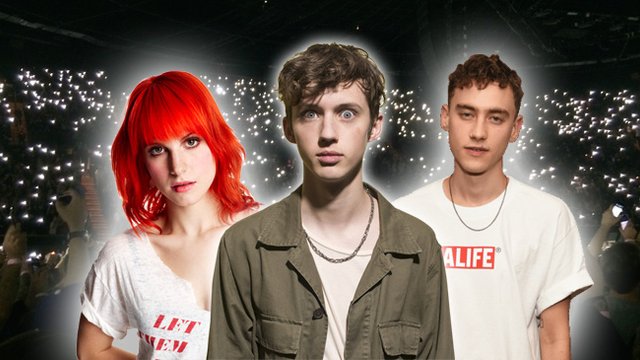 Is there anything more beautiful in this world than THAT moment during a phone where 20,000 people put their phones and lighters up in the air? Just when we thought we were dead inside, seeing the crowd swaying their arms in the air like a dandelions in the wind (lol), it brings a tear to our dry, crusty eyes every time.

There are a couple of theories as to how this phenomenon started. Some credit 60s singer Melanie thanks to her song "Candles in the Rain". Other people have cited John Lennon and Yoko Ono, Leonard Cohen and Bob Dylan. By far my favourite theory is that people starting lighting up so that people who wanted to smoke pot wouldn't be seen by ushers or security. If you light up in the dark, everyone can see your lighter. But if everyone's holding up a lighter, you're not conspicuous. Well, if it is true, thanks stoners!

It got us thinking, what are the best songs to put your lights up in the air to? There are literally millions of ballads out there but some have that extra bit of magic to ~literally~ light a room up. Through weepy eyes, we've compiled a little list of our favourites emotional songs from recent years that got us raising our phones in the air. We'd love to know yours too, so hit us up in the comments.

When we first started thinking about this list, this was the very first song to come into our head. We really love the lyrics to this song. Hayley's position in the song is ambiguous. We're not sure if she's speaking from the perspective of someone breaking up with a partner, or a consoling a friend who's just been dumped. Either way, she's literally watching this person's heart break in front of her. She got that 'I'm sorry, I know it hurts, but the pain will help you heal' message going on, which is totally relatable and really sweet. Hayley can dump our sorry ass any time she wishes if she's going to write songs as good as this about it.

On the completely opposite end of the spectrum, Matty Healy is not feeling so charitable. In fact, he's bitter, which makes the song all the more appealing because, let's be honest, we've all got a vindictive side when it comes to break ups. We can't be cool and calm about it all the time, right? (Sample lyric: "I'm looking through you while you're looking through your phone and then leaving with somebody else" - Ouch!) And what's better than admitting your darker side in a group-sobbing session at a 1975 show? Put your lighters up and show everyone how f*cked up you are about your ex! It's good for you, babe.

When we caught Years & Years at Wembley in London, "Eyes Shut" was easily one of the stand-out moments. When we first heard this song, we felt it was a little too Children In Need for our liking (which, for readers outside the UK, roughly translates as 'overwrought, boring ballad') But seeing everyone put their lights up for this track (12k people!) changed our minds completely. It's actually one of our favourites on the album now. The power of a good light show, people!

Ok, allow us to get serious for a second. But the words with which Troye Sivan introduced this song in London the other month will stay with us for a very long. As he explained, the song is about not wanting to sacrifice a part of your self to feel happiness or acceptance ("if I'm losing a piece of me, maybe I don't want heaven"). For Troye, this is tied in with his experience of coming out as gay, but we think everybody can relate to that theme of conflict between wanting to fit in but not changing your core self. It's a simple yet incredibly evocative song, and so, lights up are a must.

This is a fairly obvious choice. In fact, we wouldn't be surprised if Biebs and Ed Sheeran (who co-wrote the song) actually said while writing, 'let's write an emotional song for people to hold lighters up to'. Are we cynical? Yes. But who cares when the song is this good? "Love Yourself" is a 'f*ck you' song in disguise ("You think I'm crying on my own. Well, I ain't") and Biebs' carefree delivery makes this song appear much softer than it actually is. It's also nice to hear Biebs not over-vibrato every note for once. Put your hands in the air like you don't care about your ex! *sobs*

CONTROVERSIAL OPINION ALERT: this is Rihanna's best ballad. In fact, we'd argue prior to the ANTI-era, Rihanna didn't really have many good ballads except "Stay", which is obviously a modern-day pop classic. "Close To You" is the closing track on ANTI and it finds Rihanna with little accompaniment except a piano and romantic-yet-restrain strings, and she's in love. But it's that find of love that won't die, despite EVERYTHING. We are yet to witness her greatness in the flesh but we'd guess there isn't a dry eye in the house when this song finishes, and every single phone and lighter is high in the air. What a moment that must be.

Who said they've all gotta be ballads? YAAAS KIM! 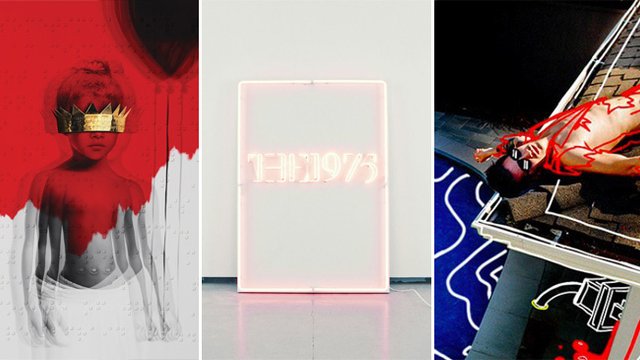 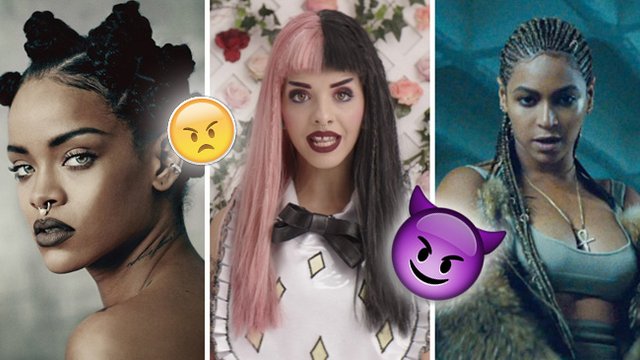 10 Songs To Angrily Lip Sync To On Snapchat